Boost To Aatmanirbhar Bharat Campaign: Samsung, One Plus To Manufacture Most Of Their TVs In India 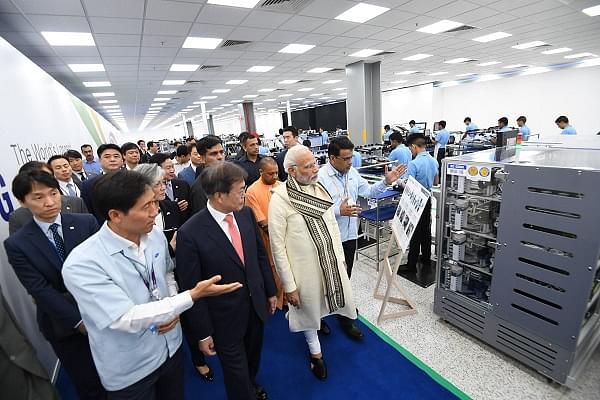 In a positive boost to the Prime Minister (PM) Narendra Modi's clarion call for building Aatmanirbhar Bharat, leading brands Samsung and OnePlus have decided to locally manufacture most of their televisions (TVs) in India, reports Economic Times.

Samsung is set to bring down the tally of TVs imported from its plants in other countries and locally manufacture as many as 85-90 per cent of all TVs it sells in India.

Meanwhile, for the first time since it launched its televisions in India, One Plus has said that the company will begin domestic production of TVs in country.

Samsung and OnePlus have both partnered with a Chinese electronics firm Skyworth to manufacture TV sets at its plant in Hyderabad which is run as a joint venture with an Indian partner. Skyworth will be producing 32 and 43 inches TV sets for the time being.

The move comes even as companies are taking up steps to prevent any possible disruptions in the supply chain as it had happened in the wake of COVID-19 pandemic. Any disruption could prove costly given the TV market has revived in the nation.