Border With Pakistan To Be Sealed By 2018: Rajnath Singh 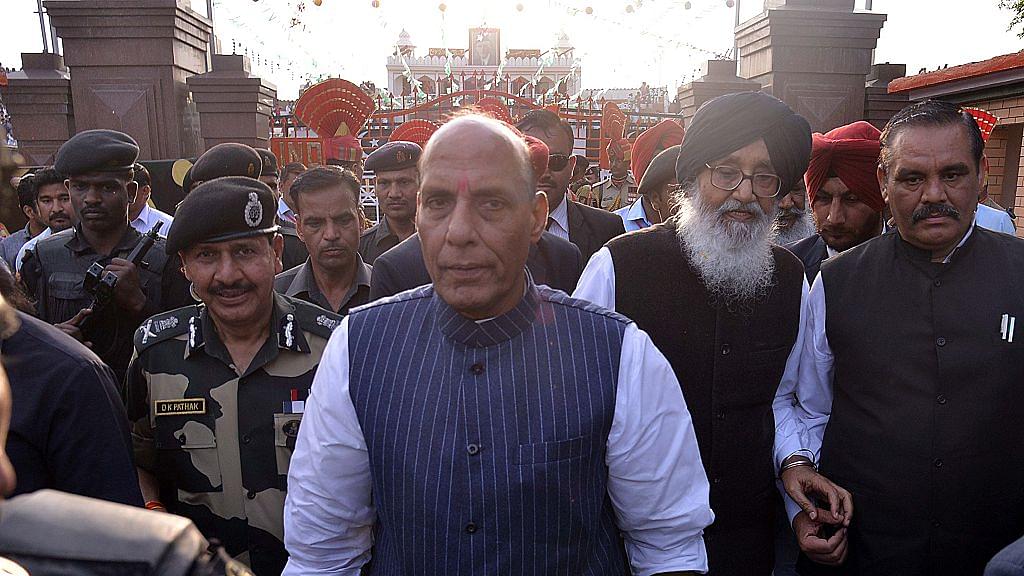 While briefing the press after chairing a security review meeting in Jaisalmer, Union Home Minister Rajnath Singh said that the government has decided to seal the entire stretch of 3,323-km-long Indo-Pak border by December 2018.

He also added that the development of the procedure will be done in a planned way. This verdict comes in the wake of rising India-Pakistan tension after the Uri attacks and the consequential surgical strikes on terror launch pads across the Line of Control.

As part of a two-day visit to Rajasthan, Singh headed a security review meeting in Jaisalmer with home ministers, home secretaries, Border Security Force officials and deputy generals of police of four states whose boundaries touch Pakistan. Union Minister of State for Home Affairs Kiren Rijiju was also present at the meeting.

Extolling the armed forces, Singh also said that a Border Security Grid will be formed, wherein recommendations will be sought from all stakeholders in the border areas. He said that in the security review meeting, suggestions were sought from the chief ministers, home secretaries, and Director General Police of the four border states.

The home minister decided to avoid commenting on issues apart from the procedures of the meeting. He refused to comment on the rising demands of providing proof of army surgical strike carried out in Pakistan-occupied Kashmir.

Tension between India and Pakistan has increased, so we should be united & believe in our army…