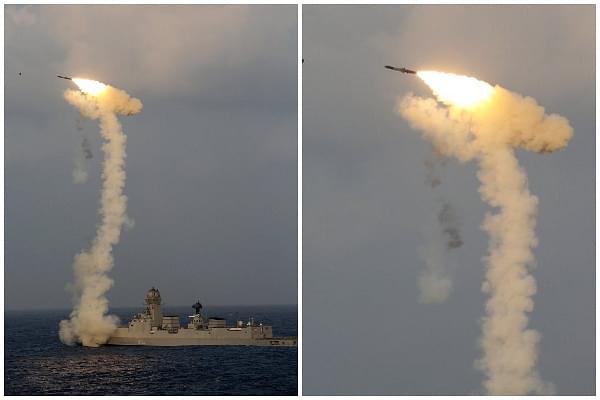 DRDO developed BrahMos supersonic cruise missile was today (18 October) successfully test fired from the indigenous stealth destroyer INS Chennai. DRDO in its tweet informed that the test was carried out in the Arabian sea and the missile successfully hit the designated target with pin-point accuracy.

Here is a video of the missile's launch from an earlier test.

Recently, DRDO had successfully test fired an extended range BrahMos supersonic cruise missile which is capable of hitting targets situated over 400 kilometres away.

Part of Indian Navy's Project 15A, INS Chennai was commissioned into service by erstwhile defence minister Manohar Parrikar in 2016.

For defence against enemy missiles, INS Chennai is fitted with 'Kavach' chaff decoy system and for protection from enemy torpedoes, has 'Mareech' torpedo decoy system, both developed in India.