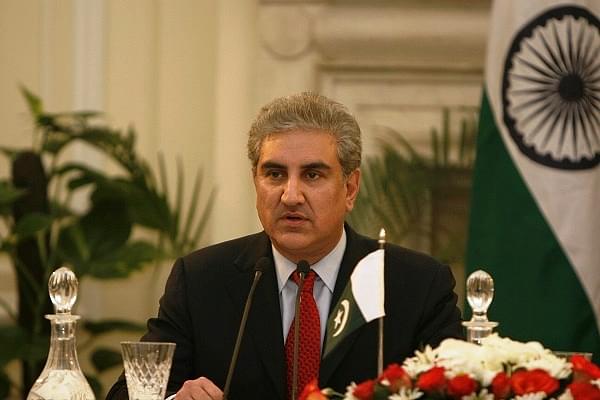 Mehmood was conveyed that Qureshi’s action was a brazen attempt to subvert India’s unity and to violate its territorial integrity and sovereignty, the Ministry of External Affairs (MEA) said, reports New Indian Express.

"Foreign Secretary conveyed the Government of India’s condemnation in the strongest terms of this latest brazen attempt by Pakistan to subvert India’s unity and to violate our sovereignty and territorial integrity, by none other than the Pakistan Foreign Minister," added the statement.

Foreign secretary also conveyed to the Pakistani High Commissioner that the Pakistan’s foreign minister’s act has yet again confirmed that Pakistan officially abets and encourages individuals associated with terrorism and anti-India activities, the MEA said.

“The Pakistan High Commissioner was categorically informed by the Foreign Secretary that the Government of India expects Pakistan to desist forthwith from such actions. He was cautioned that persistence of such behaviour by Pakistan will have implications,” said MEA.