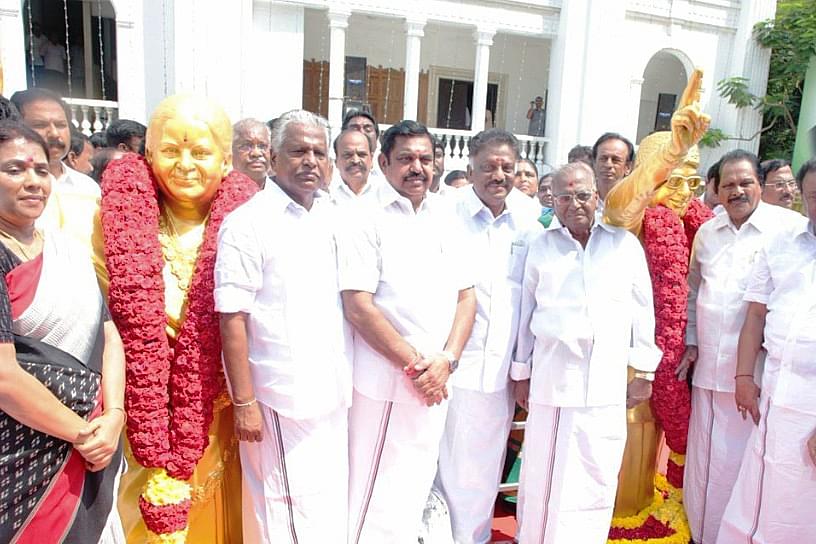 In a break from the past, the Tamil Nadu (TN) government has ordered its school to be open for Vijayadashami on Friday and admit students. Most schools in the state used to be closed for Saraswati Pooja and Vijayadashami earlier.

A tweet by All India Anna Dravida Munnetra Kazhagam (AIADMK) official handle said admission of students had begun for Vijayadashami and parents were enthusiastically admitting the students.

The move by the AIADMK government led by Edappadi K Palaniswami is in step with the changed thinking. AIADMK is part of the Dravidian movement that talks of rationalism and doesn’t recognise festivals like Vijayadasami or Saraswati Pooja.

Even now, parties like DMK never acknowledge these festivities. For example, Kalaignar TV, which is owned and run by DMK founder the late Karunanidhi’s family, calls both these festivities as “holidays”. The television in its advertisements for its programmes on Saraswati pooja and Vijayadashami called the festivities as mere holidays, drawing protests across the social media.

The DMK and its leaders, including current president M K Stalin and its founder the late Karunanidhi, have earlier been called out for never greeting the people on Hindu festivals.