Brushing Aside Slowdown Blues, India’s Foreign Investment Inflows In First Half Of 2019-20 Rise By 15 Per Cent 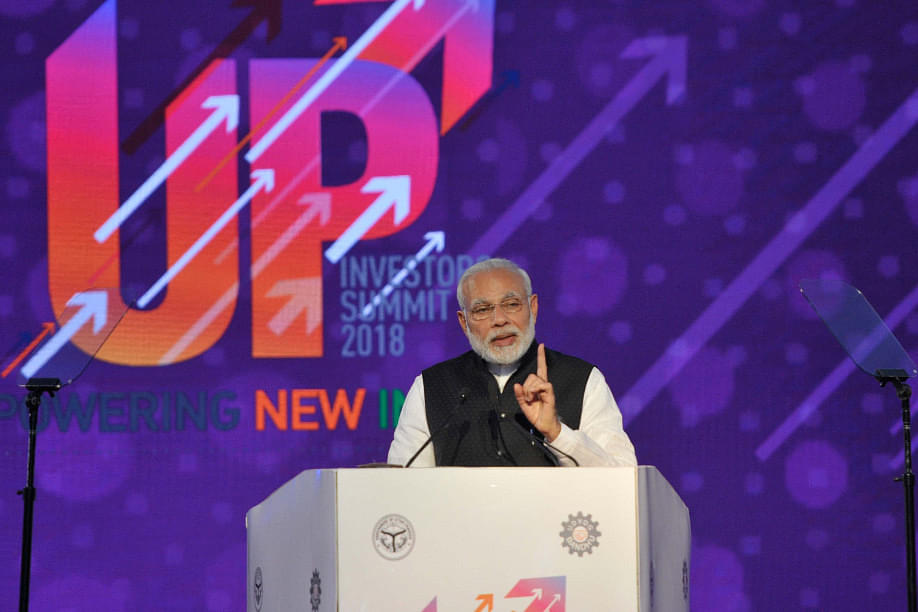 PM Modi at the inaugural session of the UP Investors’ Summit. (Representative image) (Deepak Gupta/Hindustan Times via Getty Images)

Despite slowdown in the domestic economy, India in the first half of the ongoing financial year witnessed the Foreign Direct Investment (FDI) inflows rise by 15 per cent in dollar terms, reports Financial Express.

The rise in FDI inflows at a time when the global economy and investment environment are witnessing subdued growth reflects the confidence held by international investors in the Indian market and economy.

Almost 70 per cent of the inflows were attracted by Maharashtra, Delhi, Karnataka, and Gujarat alone, with Delhi evolving as the biggest FDI puller of them all with a share of 27 per cent in the total inflows.

Further it should be noted that the FDI inflows garnered by Delhi in the first half of 2019-20 was also a 27 per cent jump from the inflows attracted in the same period during 2018-19.

Also, the biggest chunk of FDI was channeled into the services sector, including finance, banking, insurance, non-financial business, outsourcing, courier, technology testing and analysis, and R&D.