Built In Record Time, Second Multi-Modal Terminal On Ganga In Jharkhand’s Sahibganj To Be Inaugurated By PM Modi Tomorrow 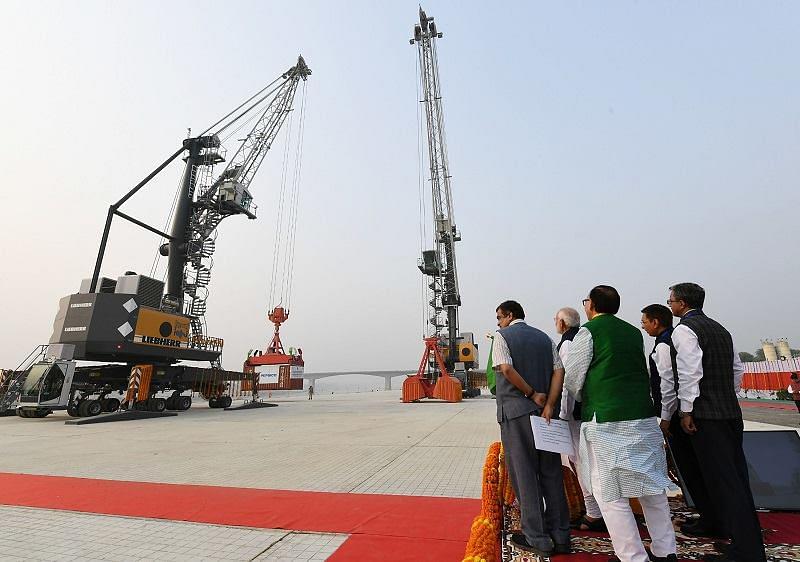 India is all set to get it's the second multi-modal hub in Sahibganj in Jharkhand with Prime Minister (PM) Narendra Modi to inaugurate the terminal on 12 September, reports Mint.

The project would give an unprecedented push to the inland waterways in the nation while lowering the logistics costs in Eastern regions of the nation. It has been built at a cost of Rs 290 crore having being built in a record time of just 2 years. PM Modi had earlier inaugurated the first multi-modal hub of the nation at Varanasi in November 2018.

The convergence of Road-Rail-River transport at Sahibganj now would connect Jharkhand to Kolkata's Haldia port and further to the Bay of Bengal. Furthermore, Jharkhand's connectivity with the North-East States through Bangladesh by river-sea route will now be a reality.

With the completion of the first phase of the project, the terminal has an accumulated capacity for 30 lakh tonnes of cargo per annum which shall be further increased to 54.8 lakh tonnes per annum after the execution of the second phase which is expected to be completed at a cost of Rs 376 crore.