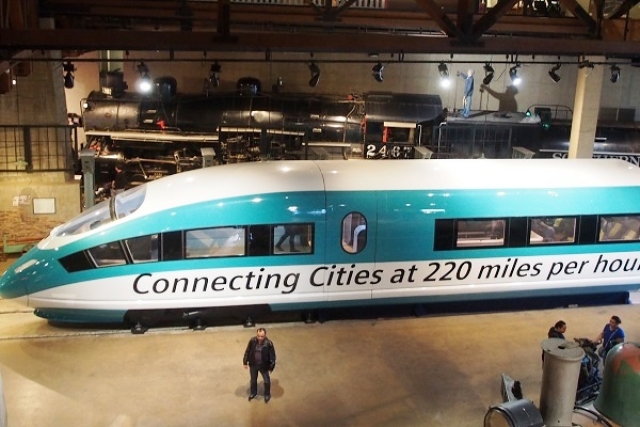 The Trump administration said on Tuesday (19 February) that it plans to cancel the federal grant awarded to California's high-speed rail project and wants the state to return an additional $2.5 billion that it has already spent, Rail Journal has reported.

United States Department of Transportation (USDOT), the federal Cabinet department of the US Government responsible for transportation has announced that the Federal Railroad Administration (FRA) intends to cancel $929 million in federal grants awarded to the California high-speed rail project. It will also begin actively exploring legal options to seek the return of $US 2.5 billion in federal funds already granted to the project.

The decision to cancel the funding came after California Governor Gavin Newsom declared in his first State of the State address last week that the state’s high-speed rail project will be scaled back due to spiralling costs and poor oversight.

Newsom also said they would curtail plans to construct a state-wide high-speed rail system and focus on completing the section between Central Valley cities of Bakersfield and Merced for which funding is already in hand. Construction of this 160-mile stretch is currently underway.

Even the project cost for this section has escalated from originally estimated $ 7.88 billion to $10.6 billion and project completion date has been pushed back from 2025 to 2029.

The project was approved in 2008 and was originally conceptualised as a high speed rail route connecting Los Angeles and San Francisco.

US President Donald Trump quickly reacted to Newsom's announcement on Twitter: "California has been forced to cancel the massive bullet train project after having spent and wasted many billions of dollars. They owe the Federal Government three and a half billion dollars. We want that money back now. Whole project is a 'green' disaster!"

California has been forced to cancel the massive bullet train project after having spent and wasted many billions of dollars. They owe the Federal Government three and a half billion dollars. We want that money back now. Whole project is a âgreenâ disaster!

Following Trump’s tweet, on Tuesday (19 February) FRA administrator, Ronald Batory, notified the California High Speed Rail Authority (CHSRA) through a letter that it intends to withdraw the funding on 5 March.

“FRA has determined that CHSRA has materially failed to comply with the terms of the (funding) agreement and has failed to make reasonable progress on the project, significantly endangering substantial performance,” Batory said in the letter.

The letter also said that California has not come up with its own promised funding, will miss a 2022 completion target and has recently reconfigured the project outside the bounds of a federal pact for funding.

Newsom hit back saying that project had not been scrapped and said the move was in response to California’s decision to sue the US government over Trump's emergency declaration to pay for a wall along the US-Mexico border.

“This is clear political retribution by President Trump, and we won't sit idly. This is California's money, and we are going to fight for it”, Newsom said in a statement.