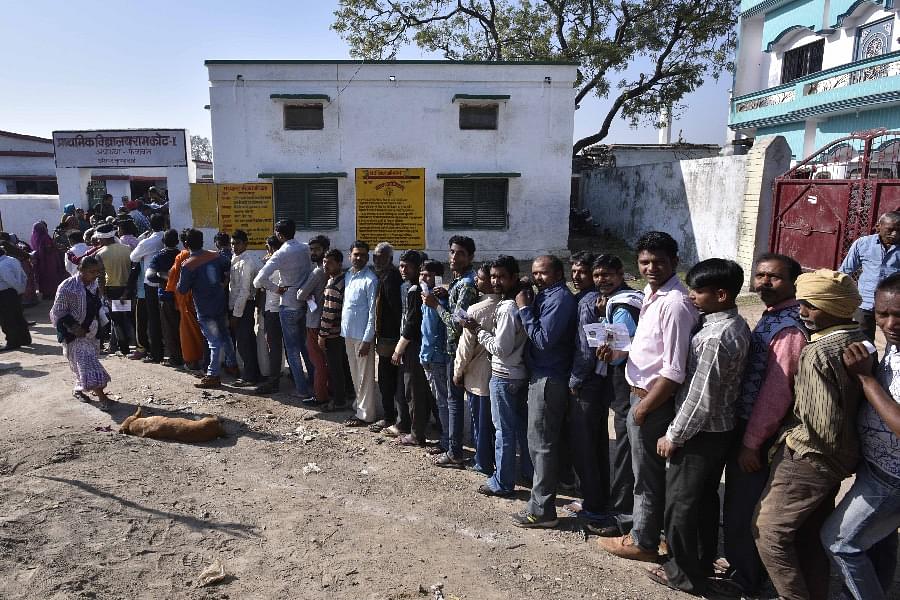 Voters line up to cast their votes at a polling station in Ayodhya. (Arun Sharma/Hindustan Times via Getty Images)

In a crucial test for the joint opposition, four Lok Sabha and 10 assembly seats in ten states are voting today, Hindustan Times has reported.

Among the Lok Sabha seats are Uttar Pradesh’s Kairana, Maharashtra’s Palghar and Bhandara-Gondia, and Nagaland.

In Kairana, the Samajwadi Party (SP) and the Bahujan Samaj Party (BSP) are hoping to repeat the success of the Gorakhpur and Phulpur by-elections, in which the BJP had to suffer unexpected defeats. In this seat, which has a significant population of Muslims, Jats and Dalit voters, the BJP is up against the Rashtriya Lok Dal, which has been supported by the Congress, SP and BSP. In the 2014 Lok Sabha elections, the BJP had won the seat with over 50 per cent of the vote share.

While the Shiv Sena is contesting against the BJP in Palghar seat, the former and the Congress have not fielded their candidates in the Bhandara-Gondiya seat. In the Palghar seat, the Shiv Sena has fielded late BJP MP Chintaman Wanaga’s son and the BJP has fielded former Congress leader Rajendra Gavit. In Bhandra-Gondia, the BJP will lock horns with Nationalist congress Party to retain the seat.

In Nagaland, the contest will be between the ruling Nationalist Democratic Progressive Party and the Naga People's Front.

Votes for both Lok Sabha and Assembly by-polls will be counted on 31 May.