CAA Protests: Flight Operations Back To Normal At All 10 Airports In Northeast; Curfew Relaxed In Guwahati 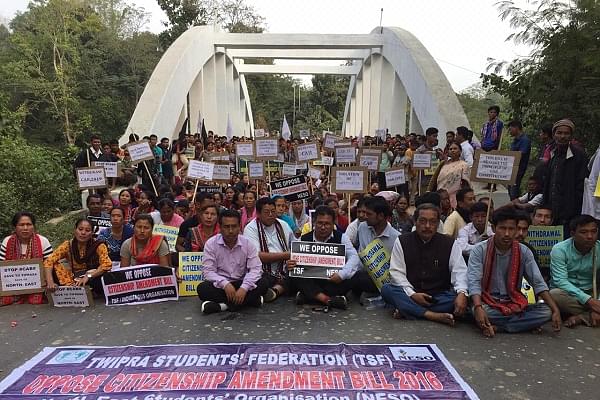 With the situation improving in Assam and other northeastern states which witnessed violent agitations last week over the Citizenship (Amendment) Act (CAA), 2019, all the 10 airports in the region were operational on Sunday (15 December), officials said.

The Airport Authority of India's (AAI) Regional Executive Director, Sanjeev Jindal, told IANS, "We are working in all the airports of northeastern region on Sunday and some were also open for passengers overnight on Saturday. Even if there is no flight, we are allowing the passengers to use guesthouses, lounges, water, heating and are trying to provide food as well."

He said that till Saturday, the Dibrugarh Airport in Assam was not operational due to the unavailability of adequate private and public transport services. But on Sunday, it functioned normally and all the nine scheduled flights were being operated.

"Challenges are there for men and material but all stakeholders are working hard in close coordination and serving the people for their safe movement in and out of the northeastern region," Jindal said.

However, the Northeast Frontier Railway (NFR), which operates in the entire northeastern region and in some parts of Bihar and West Bengal, has cancelled 71 trains on Sunday due to security and other reasons.

An NFR official told IANS that due to security and technical reasons besides inadequate road transport services they were not operating the 71 trains.

Curfew has been relaxed in Assam's largest city Guwahati and in some parts of Dibrugarh for the second consecutive day on Sunday, police said.

In Guwahati, the curfew has been relaxed from 9 am to 6 pm, said a senior police official, adding the it has also been relaxed in some parts of Dibrugarh for around eight hours since morning. Curfew was first lifted from 7 am to 4 pm in Guwahati, Dibrugarh west, Naharkatia, Tenughat and some other places in the district on Saturday.

As the curfews were relaxed, long queues were seen outside shops at several places, including Dispur, Uzan Bazar, Chandmari, Silpukhuri and Zoo Road in Guwahati town. Auto-rickshaws and cycle-rickshaws were plying across the city.

The Citizenship (Amendment) Bill, which has now become an Act after being passed by both the Houses of Parliament will provide Indian nationality to Hindus, Christians, Sikhs, Parsis, Jains and Buddhists fleeing persecution in Pakistan, Afghanistan and Bangladesh.

The issue has caused widespread unprecedented violent protests in the northeast, especially in the states of Assam, Tripura and Meghalaya, with the agitating demonstrators demanding the withdrawal of the CAA claiming that the fresh legislation would jeopardise the demographic situations and life, culture and socio-economic positions to the 45.58 million populations of region.