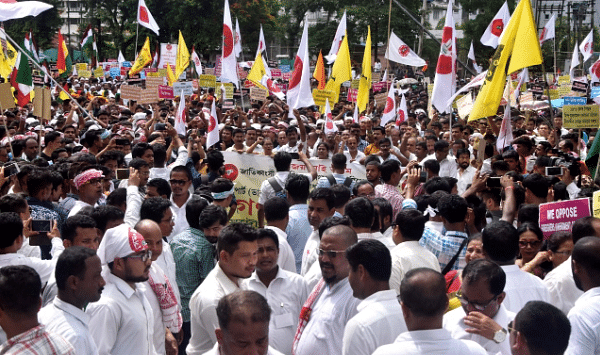 With no act of violence reported due to protests against the amendments made to Citizenship Act in Assam, the state government has decided to lift the day and night curfew across the state completely, while also restoring broadband internet services from today (17 December), reports The Indian Express.

The major decision was announced by state minister and Bharatiya Janata Party (BJP) leader Himanta Biswa Sarma who observed in a tweet that no violence of any kind was reported across Assam on Monday (16 December).

Underscoring that the state's government had no intentions to curb democratic and peaceful protestations, Sarma said that protestors must adhere to the principles of non-violence.

Meanwhile, Sarma shared that so far 190 people have been arrested by the police under 136 cases lodged after violence observed across the state in the previous week.