Can’t Take A Stance On Article 35A And 370 As There Is No Government, J&K Governor Tells PDP And NC 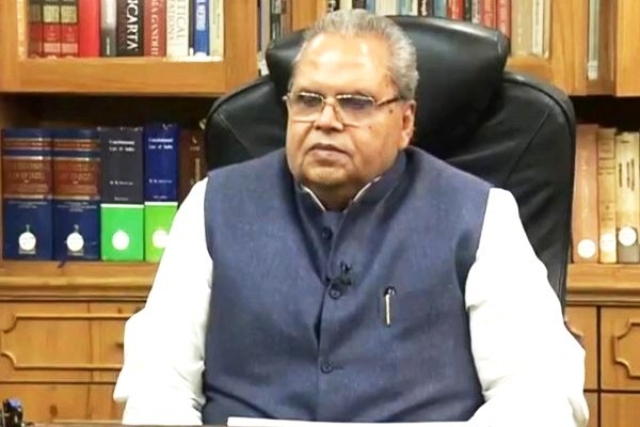 Jammu and Kashmir Governor Satyapal Malik has told major parties of the state People’s Democratic Party and National Conference that the time is not right for taking a stance on Article 35A, Indian Express has reported.

The reason cited by the governor is because the current dispensation in the state is not an elected one. The state is under governor’s rule since 20 June after the fall of Bharatiya Janata Party (BJP)-PDP coalition government.

Earlier in the month, the Supreme Court had agreed to defer hearing on the controversial provision till January 2019 in order to ensure smooth conduct of Panchayat and urban body polls in the state. Additional Solicitor General Tushar Mehta told the court that Rs 4,000 crore funds allocated by the Finance Commission to the state will be affected if local body polls are not held in the state.

“Local body and panchayat elections in the state are overdue, and if they are further postponed, it will not be possible to hold the elections before April next year, as elections cannot take place between December and March given weather conditions in the Valley. By April next year, security forces will be busy preparing for the General Election,” a senior government official told the Indian Express.