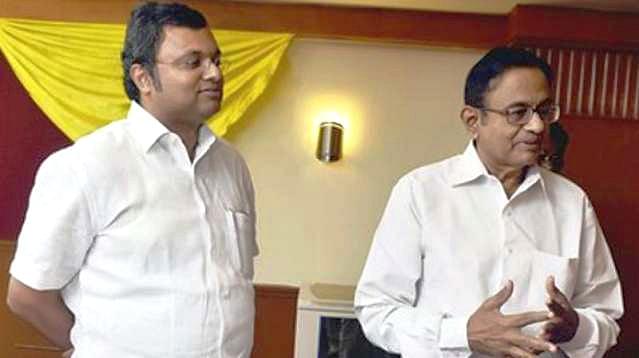 The father-son duo P Chidambaram and Karti Chidambaram have been named as accused in a supplementary chargesheet filed by the CBI in the Aircel-Maxis case, Times of India has reported.

Other than the duo, 16 people, including current and retired government officials have also been named in the chargesheet filed in Delhi’s Patiala House Court.

Karti was reportedly already an accused under the Prevention of Money Laundering Act in the case. The Enforcement Directorate (ED) had earlier said that an approval for a grant made by P Chidmabaram was beyond his mandate.

Chidambaram however, said that the investigation agency has been pressurised into naming him as an accused in the case. He further added that he will contest the allegations vigorously and declined any further comments.

CBI has been pressured to file a charge sheet to support a preposterous allegation against me and officers with a sterling reputation. The case is now before the Hon'ble Court and it will be contested vigorously. I shall make no more public comment- P Chidambaram (file pic) pic.twitter.com/3Zq6Jphfq5