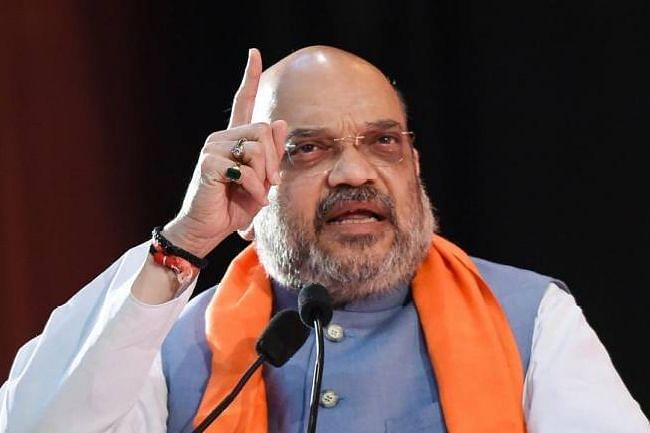 Union Home Minister Amit Shah on Thursday (20 February) assured that the Central government has no intention to remove Article 371 which provides special powers to the northeast, and warned that those trying to spread rumours will not succeed in their attempts.

In a veiled attack on the opposition, the Home Minister said that various attempts were made to spread rumours across the northeast regarding the Centre's intention to abolish Article 371 of the Constitution when the government announced scrapping of Article 370 from Jammu & Kashmir on 5 August last year.

Shah later warned that those trying to spread rumours to split the country will never succeed in their attempts.

Most of the states that have been accorded special provisions under Article 371 are in the northeast and the special status aims to preserve their tribal culture. It also has special provisions for Andhra Pradesh, Karnataka and Goa.

Shah said that the government led by Prime Minister Narendra Modi is committed for the development of the northeast which he alleged was only used by the opposition for getting MPs to form governments at the Centre earlier.

"Our government is trying to unite your culture. It's not only the responsibility of the Central government to protect your culture but also it is our duty to do so," Shah said, adding for the purpose over 200 visits have been made by Union ministers in the last five years.

Shah is in Arunachal Pradesh on a one-day visit to attend functions related to the 34th Statehood Day of the northeastern state which shares a border with China, as he launched a number of projects related to industry and roads. He is accompanied by Union ministers Jitendra Singh and Kiren Rijiju.

The Home Minister's visit was objected to by China which alleged that the visit had violated its territorial sovereignty and "sabotaged" mutual trust with India. China claims Arunachal Pradesh as part of south Tibet and routinely criticises visits of Indian leaders and officials to the region.