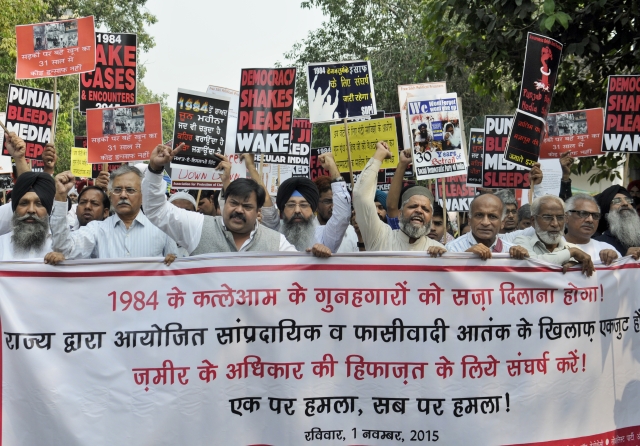 The Centre on Friday, in a sealed cover, submitted the report by the Special Investigation Team (SIT) into the 1984 anti-Sikh riots cases in the Supreme Court.

The SIT, which was headed by retired Justice Shiv Narayan Dhingra, submitted the report to a bench headed by Chief Justice Sharad Arvind Bobde in connection with 186 cases closed by the CBI. The court said it would hear the matter after two weeks.

In January 2018, the SIT was formed on instructions issued by a bench of then Chief Justice Dipak Misra, Justice A.M. Khanwilkar and Justice D.Y. Chandrachud to probe 186 cases in the 1984 anti-Sikh riots. The Centre informed the court that SIT has completed its probe in the matter and the report has been submitted to the court, as a result it should be disbanded.

Senior Counsel H.S. Phoolka, appearing for the victims, sought to peruse the report of the SIT. However, the Centre's counsel opposed it referring to the report as confidential.

In November last year, the Delhi High Court upheld the trial court conviction of 89 accused in the case.

However, in May this year, the apex court acquitted seven citing evidence is lacking in proving their guilt in the case. The High Court in December last year had convicted senior Congress leader and former Member of Parliament (MP) Sajjan Kumar for his role in the 1984 anti-Sikh riots, besides convicting five more.

Kumar's appeal challenging his High Court conviction is still pending in the top court. The Centre has also relieved Abhishek Dular, Superintendent of Police, CBI, who was attached with the SIT.