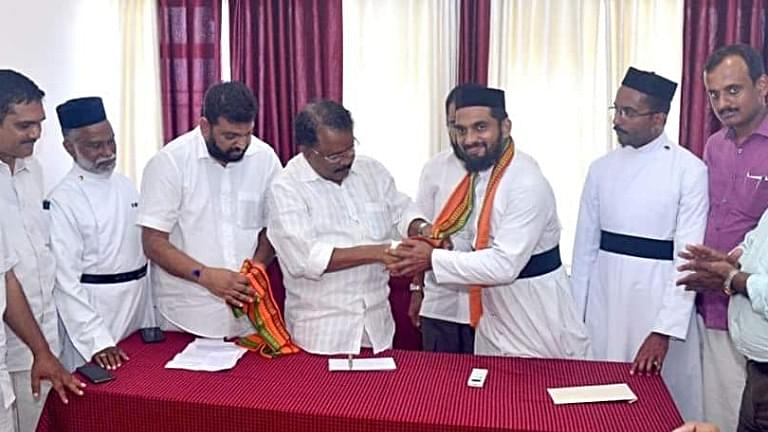 BJP's bid to create a strong support base among the Christian community got a cordial response as two priests of Jacobite Syrian Church joined the Kerala cadre of the party, The Times of India has reported .

Father Geevargheese Kizhakkedath and Father Thomas Kulathungal, along with a deacon Mathew Mangalath joined the BJP in the presence of P S Sreedharan Pillai, the party’s Kerala Unit President.

Bishop Thomas Mor Thimotheos, who is being considered for the post of the next Catholicos, said that the Jacobite Syrian Church has given them the permission for joining the party. There is nothing that bars clergy from supporting a political party.

"This is just a beginning, hundreds of clergymen will be joining BJP this year" claimed Father Kulathunkal. He also stated he had become a party member in 1985.

He added that it is unfair to label BJP as communal, and that he never found anything wrong with the party. He said he got impressed by BJP as a student when he was a student in Gujarat in 1990.