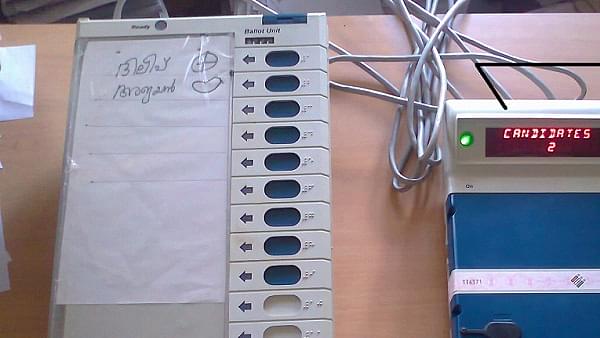 In another controversial statement made by Congress legislators, Chattisgarh MLA Kawasi Lakhma warned his audience that voters would receive an electric shock if they pressed the second button on the EVM, reports NDTV.

The 61-year-old, five-time MLA is one of the tallest Congress leaders in the state and currently holds the excise, and commerce and industry portfolio in the state government.

Noting that this warning by Lakhma amounted to a violation of Model Code of Conduct (MCC), members of the Bharatiya Janata Party’s (BJP) state unit took the matter up with the Election Commission (EC).

In response to BJP’s plea, the EC on Wednesday (17 February) issued a notice to the Congress MLA. The EC has sought an explanation on the comment within three days.