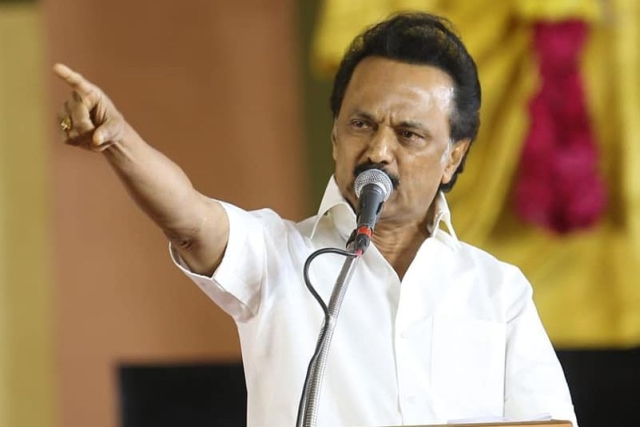 The Opposition party in Tamil Nadu, Dravida Munnetra Kazhagam (DMK), received a major boost prior to the upcoming Lok Sabha Election as a gathering of pastors, priests and bishops representing churches all over Tamil Nadu assured their support to the party on behalf of the Christian community in Tamil Nadu, reports The New Indian Express.

The bishops came out openly in support of the DMK while speaking at a Christmas celebration held in Chennai, to an extent the celebrations looked more like a party conference than a religious celebration. To put the icing on the cake , DMK president and Opposition leader MK Stalin cut a cake.

Stalin said that his party would stand by the minorities and recalled how his father, former chief minister, M Karunanidhi, supported the minorities, poor people and Dalits while addressing a gathering at the celebrations which was organised by the Christian Nal Yenna Iyakkam led by S Inigo Irudhayaraj.

He also listed the various welfare schemes implemented for the welfare of minorities by the DMK government.

“Helping minorities does not mean it is against the majority. It is our duty to extend helping hand to them. But the BJP is confusing the people.” said Stalin while accusing the Union government of favouring the rich.

“It is DMK that is keeping the BJP at bay in Tamil Nadu. We have to ensure the same nationwide,” he added.