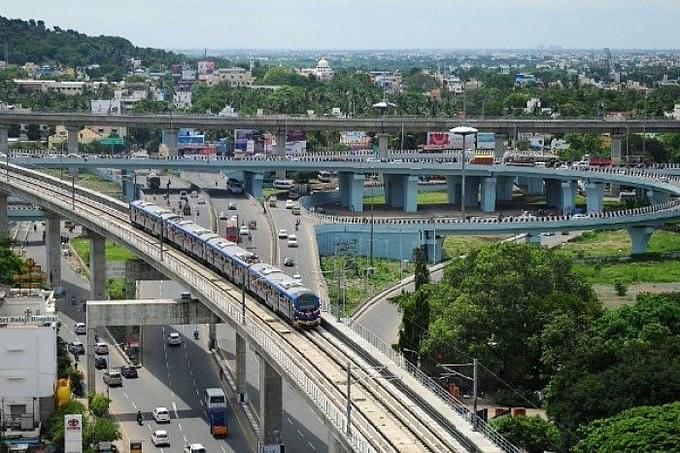 When the 118.9 km Phase-II of metro rail opens up after a decade, not only will it connect the suburbs to the city but it will also interlink different modes of transport.

The comprehensive design is under preparation for the 52 km priority corridor and another 10 km line, the Chennai Metro Rail Ltd (CMRL) has confirmed that commuters are free to choose from the 16 stations to shift between two metro corridors, move to suburban or MRTS line, or board an MTC bus from depots.

Furthermore, the heart of the network will have interchange stations which will make commuting from Madhavaram and Siruseri to the core city hassle-free.

“Interchange stations will be linked through pedestrian subways, pathways, foot over-bridges or skywalks for easy movement of passengers,” said an official as reported by Times of India.

As of now, the 45km phase-1 has interchanges at Central, Alandur, Egmore, St Thomas Mount, CMBT, Mannadi and the airport. In the second phase, there will be seven stations where the commuters can change metro corridors between Madhavaram and Sholinganallur.