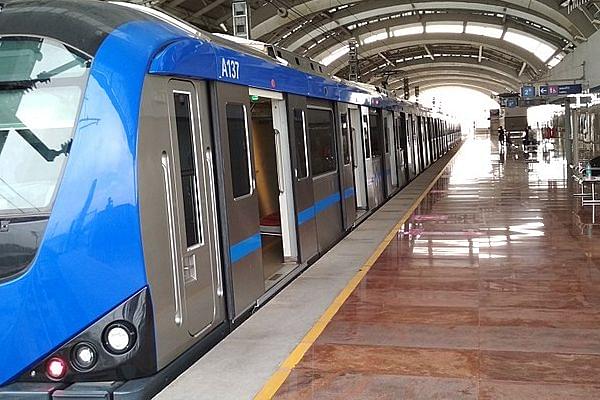 Chennai Metro Rail in order to provide seamless network connectivity for all its commuters will now install WiFi facilities at all its stations. As of now, the Chennai Metro Rail Limited (CMRL) has black spots in its underground stations where mobile networks do not reach.

CMRL has floated tenders to bring WiFi connectivity across 45 km network of Phase I and on its fleet of 42 trains. When the operations begin in North Chennai, this service will also be extended to the 10 km extension from Washermanpet to Wimco Nagar and the ten new trains.

As of now, mobile network services from Airtel and Jio are available between stations Egmore and Thirumangalam as reported by The News Minute.

Construction on the 54 km Phase I of CMRL began in 2009 and Koyambedu-Alandur section of the Blue line opened up in June 2015. The last stretch of Chennai metro’s first phase opened to the public on 10 February.

In the Tamil Nadu budget 2019, among the list of projects, the Chennai metro rail expansion is all set to cover a length of 172.91 kms including the extensions which are to be commissioned.