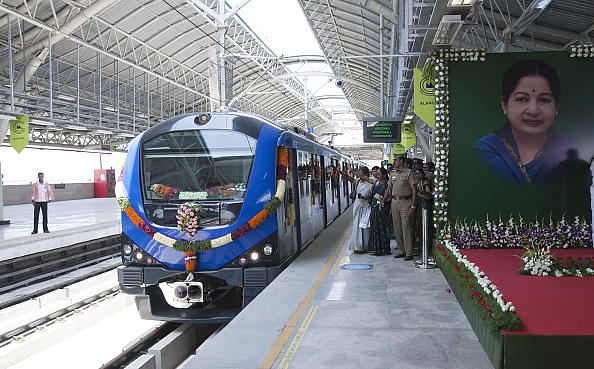 The phase II project of the Chennai Metro has avoided major hurdles after the Ministry of Urban Development (MoUD) on Monday (10 December) clarified it is not mandatory for ‘Made in India’ trains to operate, reports the Hindu.

According to sources cited it the report, the MoUD waved green flags for the expansion of the project, because the loan with Japan International Cooperation Agency (JICA), demanded that the major components need to be from Japan only.

Earlier, the state government was informed by the MoUD that Chennai Metro Rail phase II will need to have trains made in India. However, the loan from JICA came at the condition that 30 per cent of the components of trains and signalling system need to be from Japan, leading to a halt in project’s progress.

However, on Monday (10 December), sources said the condition had been revoked. “We received a communication that [this condition] can be done away with. We have already had discussions with JICA and everything has been finalised; now, it is just a formality to get their sanction. It will be over in no time,” the source said.

The phase II project will sprawl upto 108 km with 116 metro stations. The estimated cost of the project is Rs 80,000 crore. The project will begin with the first 50 km costing the Chennai Metro Rail Rs 44,000 crore. The route includes 58 stations on Madhavaram to CMBT and Madhavaram to Sholinganallur routes. Both of the stretches of metro will be partially underground and partially elevated.

The land acquisition of nearly 800 properties and soil testing in various parts of the city have already begun.