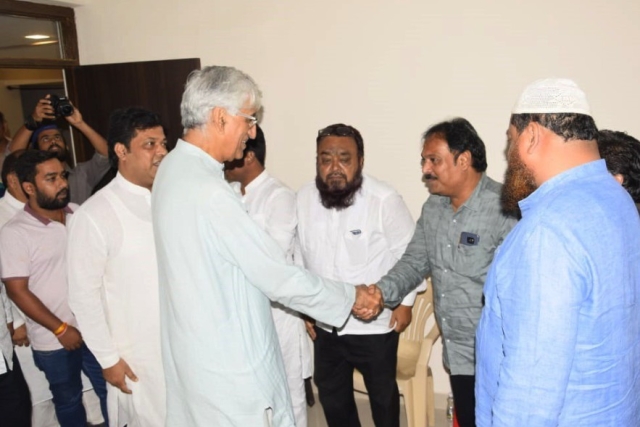 The Chhattisgarh state unit of the Bharatiya Janata Party (BJP) has slammed the Congress for not posting an accurate map of India on its social media forum. Congress’s twitter handle posted India’s picture without Kashmir in it, and hence the BJP filed a complaint on Sunday (14 October).

An investigation is being currently held over the matter, and the cyber crime police have taken note, after Raipur BJP workers approached them, ANI reported.

A report quoted Jayavardhan Birsa of Chhattisgarh Congress, who issued a clarification on the matter, as saying, “There was a printing mistake in the picture that happened while it was being compressed. An apology was rendered and the picture was immediately removed because the Congress stands for integrity of the nation.”

Raipur BJP workers filed a complain against Congress for posting a picture of the map of India without Kashmir on #Chhattisgarh Congress' Twitter handle. "Case has been registered under certain sections of cyber crime. Investigation underway,"Yadumani Sidar, SHO, Civil Lines pic.twitter.com/BPZPcCfkOI

BJP has criticised the Congress alleging that their intentions are ‘to break the unity of India.’ The state is going for elections in November, and the Election Commission of India (ECI) has announced the dates for the same.

The report also quoted Chief Election Commissioner OP Rawat as saying, “Simultaneous elections will be held in Madhya Pradesh, Rajasthan, Chhattisgarh and Mizoram, before 15 December and counting of votes will take place on 11 December.”