‘Chief Dissenter’ To Retire: Justice Chelameswar’s Last Day At The Supreme Court Comes To An End 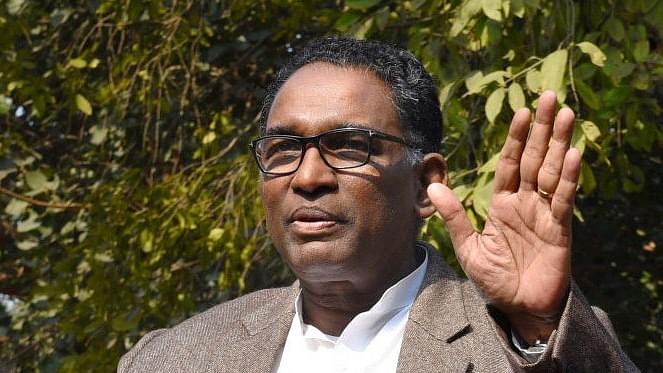 Supreme Court’s senior-most judge, and labelled as its ‘chief dissenter’ following months of tussle with the Chief Justice of India (CJI) Dipak Misra, Justice Jasti Chelameswar today (18 May) completed his stint at the country’s top court.

Although he is to retire on 22 June, today was his last working day at the Supreme Court (SC) before it closes for summer vacations. Justice Chelameswar is 65 years old and had been serving at the apex court since October 2011. He belonged to the Krishna district in Andhra Pradesh.

He served his last day at the majestic Court Number 1 of the SC, sitting beside the CJI as is the apex court’s tradition. He however declined a farewell function organised by the SC Bar Association and said that he wanted the retirement to be a ‘private affair’, as reported by India Today.

Justice Chelameswar had been in the news after he along with three other SC judges addressed a press conference where they voiced their reservations about the way cases were being assigned in the SC. This was the first time the fissures among the top court’s judges were expressed in public.

He recently made headlines again as he was part of the SC bench that let off Navjot Singh Sidhu with a fine of Rs 1000 in a road rage case where Sidhu was accused of culpable homicide. Sidhu was earlier found guilty of culpable homicide not amounting to murder by the Punjab and Haryana High Court.

He however also gave a dissenting verdict in the 2015 NJAC case where he stressed that“proceedings of the collegium were absolutely opaque and inaccessible both to public and history”. Although the NJAC was repealed by a 4:1 majority in the apex court, Justice Chelameswar stance towards transparency in the appointment of judges won him praise from many quarters.

On his last day, however, the CJI was seen consulting with the him over the cases listed in the SC, as reported by Times of India. Prashant Bhushan, part of the SC Bar Association, said that it had been a pleasure serving in the SC with Chelameswar as the justice.

"On behalf of the Bar, I would like to say that it was an honour to have appeared before you. Future generations will remember your contribution to democracy and to the country," Bhushan said.

“This can be my only response” said Justice Chelameswar with folded hands with a smiling CJI beside him.