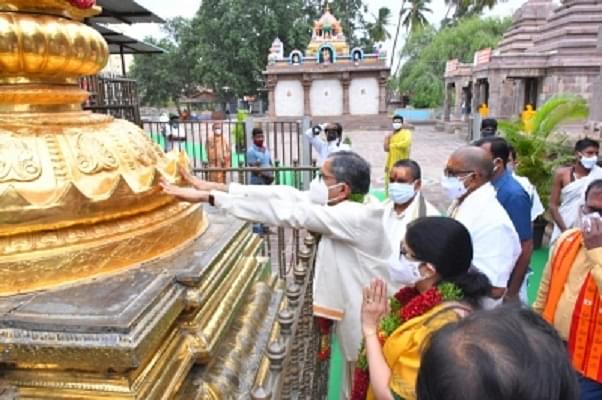 Accompanied by his wife, it was Ramana's first visit to the temple on the banks of the Krishna river after being sworn in as the CJI.

As per tradition, the CJI was escorted into the temple amid chants of blessings by the Vedic priests and later visited the deity.

Srinivas, Veerpandian and others presented consecrated food and a memento to Ramana.

Later, he felicitated Lakshmi Seetaramanjaneya Sharma for his translation of works from Sanskrit to Telugu from the recently published Skanda Puranam.

Ramana also enquired about some ancient inscriptions which were explained to him by Mysuru-based Director of Archaeological Survey of India (ASI), Muniratnam Reddy.