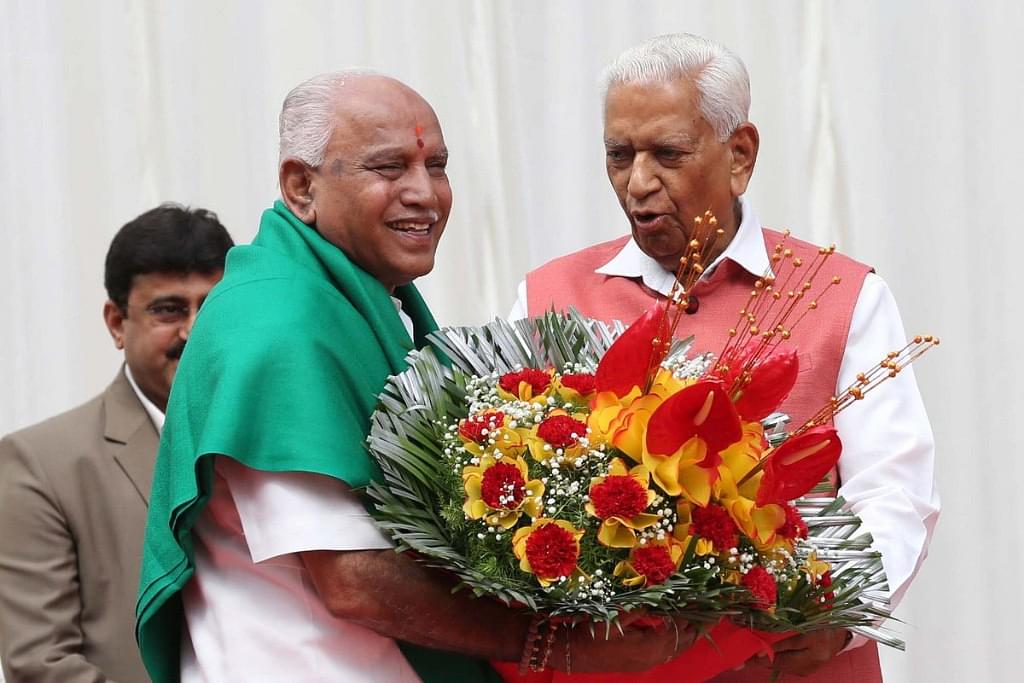 The state BJP had staked its claim to form the government this morning and had requested for the swearing in ceremony to take place today itself.

“I have requested Governor to administer me oath between 6-6:15 p.m. as the Chief Minister. The Governor has agreed and given me a letter,” Yediyurappa told reporters after meeting Governor Vajubhai Vala at the Raj Bhavan.

The ministers to be sworn in will be decided later, he added. He said that as he is already the Leader of Opposition in the assembly, there was no need to call for a legislature party meeting to elect him as the leader.

The JD(S)-Congress government had fallen three days ago after having failed to prove its majority in the state assembly. The coalition government led by H D Kumaraswamy had been shaky from the beginning with reports of internal disagreements within both parties cropping up from the beginning.

The coalition finally received its death blow as several of its MLAs rebelled against the respective parties. The coalition had managed to garner only 99 votes in the 224 member assembly, far below the support of 119 MLAs that it had at the beginning of the government over an year ago.

The high-pitched 2018 state elections in Karnataka had delivered a fractured verdict with the BJP emerging as the largest party with 105 seats. The party has also achieved a popular mandate in the Lok Sabha elections 2019 winning 25 of the 28 seats in the elections.

While Yediyurappa has said that he has invited all other party leaders and MLAs to the swearing-in, some Congress MLAs have said that they will boycott the swearing in ceremony.