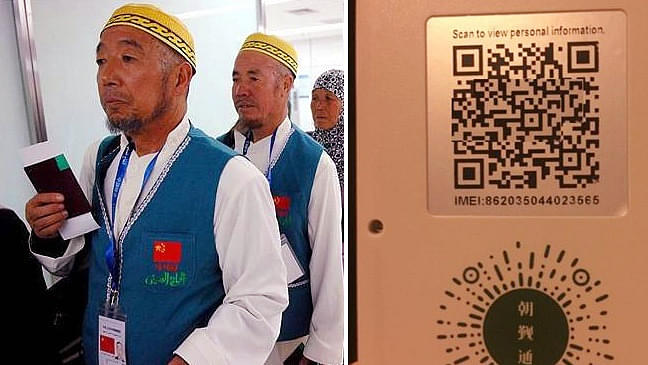 A large section of Muslims from China going to Saudi Arabia for Hajj pilgrimage are wearing devices that allow the government to track their position and more. The state-controlled China Islamic Association published pictures of Chinese Muslims leaving for Mecca from Beijing wearing smart cards around their necks. The device reportedly features personal data and a GPS tracker. The association has said that the device is being used to ensure "wearer's safety".

China's Global Time also highlighted the usage of the "Mecca tracking devices". It said that less than one-third of the 11,500 Chinese Muslims going to Mecca were using the devices this year. The newspaper also claimed that pilgrims from Xinjiang weren't wearing the devices.

Chinese government agencies have repeatedly emphasised that these devices are only to ensure the safety of the pilgrims. When a Hajj pilgrim had lost his way during the trip, the tracking device came to his aid, according to reports.

"Our team was able to search for him through the Hajj Chest Electronic Smart Card system, accurately identify his specific location amid the crowd of Haji in the holy mosque square, and retrieve him", a Chinese government body has been quoted in news reports as saying in a statement.

China routinely cracks down on its Muslim citizens - most of them belonging to the Uighur Turkic ethnic group, mainly based in the Xinjiang province. Reports say that lakhs of Muslim Uighurs have been detained by Chinese state forces. Many of the Uighurs are sent to political re-education centres and detention facilities. According to China watchers cited by the Wall Street Journal, the scale of these detentions would be the largest after the Maoist era "anti-rightist" campaign in 1950.