China Paints India Red, When It Comes To The Smartphone Market 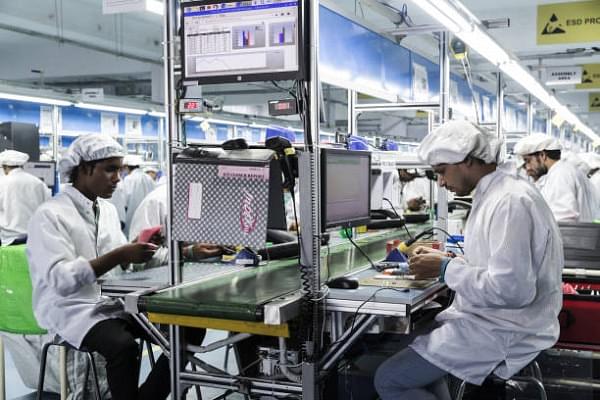 Xiaomi was the standout performer, shipping more than 12 million smartphones in India in the third quarter, and growing by 32 per cent on a yearly basis, making it the largest smartphone vendor in India.

It has been a spectacular ride for Xiaomi. A $18 billion firm that was founded in 2010, Xiaomi entered India in 2014 with an aggressive online blitz. Today, it has captured 30 per cent market share in India, selling as many as 12 million smartphones in Q3 2018.

ET quoted Raghu Reddy of Xiaomi India as saying: “Diwali sales have been phenomenal. We set a new record — sold 2.5 million devices in less than 2.5 days.” Xiaomi has set up a plant in India for smart TVs and six plants for smartphones and will be focusing on an aggressive pricing strategy this Diwali with a big focus on smart TVs.

A Chinese investor surnamed Wang, who focuses on cross-border investment between China and India, told the Global Times that he thinks the biggest reason for Xiaomi's popularity in India is because they are relatively cheap.

A Chinese telecommunications expert attributed Xiaomi's success in India to the fact that its "geek" image is welcomed by local consumers.

"Xiaomi's localization strategies, such as adding tailored designs for local consumers in their products, as well as doing local promotion, work well in India," Liu Xingliang, head of the DCCI Internet research institute, told the Global Times on Wednesday.

Chinese mobile phone brands Vivo and Oppo shipped 4.5 million and 3.6 million units, respectively, in India in the third quarter, up by 12 percent and down by 2 per cent, making them the third- and fourth-largest phone vendors in the country.

Shipments by South Korean brand Samsung slipped by 2 per cent, but the company still managed to be the second-largest phone vendor in the country.