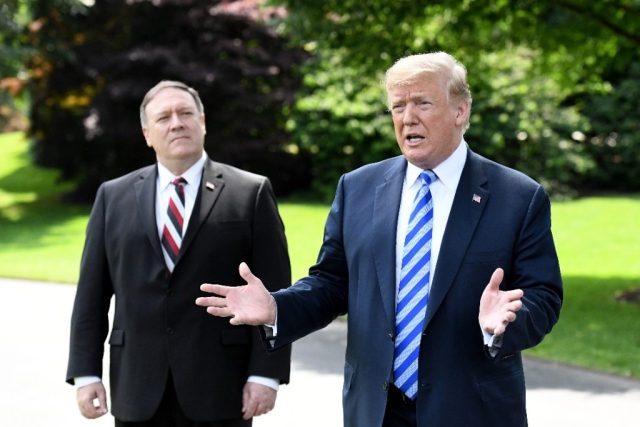 A top US intelligence official has warned that China, Russia and Iran were trying to influence the upcoming American presidential election scheduled to be held on 3 November, according to an official statement.

Foreign countries are trying to sway voter preferences, change US policies, “increase discord” in the country “and undermine the American people’s confidence in our democratic process”, the BBC quoted William Evanina, head of the National Counter-intelligence and Security Center (NCSC), as saying in the statement released on Friday (7 August).

The counter-intelligence chief however added that it would be “difficult for our adversaries to interfere with or manipulate voting results at scale”.

Many countries “have a preference for who wins the election”, he said, adding they were however “primarily concerned” about China, Russia and Iran:

According to Evanina, China “prefers that President (Donald) Trump, whom Beijing sees as unpredictable, does not win re-election”, and has been “expanding its influence efforts” ahead of the vote

Regarding Russia, the intelligence official said in the statement that Moscow was seeking to “denigrate” presumptive Democratic nominee Joe Biden’s candidacy and other members of a perceived “anti-Russia ‘establishment'”.

Meanwhile, Iran is trying to “undermine US democratic institutions”,Trump, and “divide the country” ahead of the vote by spreading disinformation and “anti-US content” online.

The development comes amid claims by Trump about the dangers of mail-in or postal ballots. He has suggested that the vote be delayed to prevent “the most inaccurate and fraudulent election in history”, prompting a backlash even among members of his own Republican Party, reports the BBC.

It also follows complaints by Democratic lawmakers that US intelligence agencies are not releasing information to the public about foreign interference in this year’s vote.