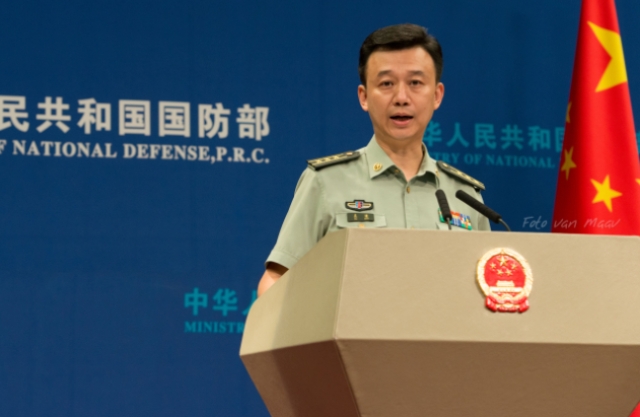 Colonel Wu Qian, spokesperson for the Ministry of National Defense of China.

An Indian drone has “invaded” China’s airspace and crashed, Chinese state-owned media networks claimed today (7 December), months after the two neighbours ended one of their worst border standoffs in decades.

Zhang did not give details about when or where the incident happened.

Chinese border troops “took a professional and responsible attitude” and carried out identification verification of the device, Zhang added.

Indian and Chinese troops were in a face-to-face situation near the Sikkim sector of the international border after the Chinese People’s Liberation Army tried to build a road in Doklam in mid-June.

While India and Bhutan said that it violated the status quo along the India-Bhutan-China international trijunction, Beijing claimed that it was China’s territory.

India’s army chief said in September that his country could not afford to be complacent and must be prepared for war. (PTI)