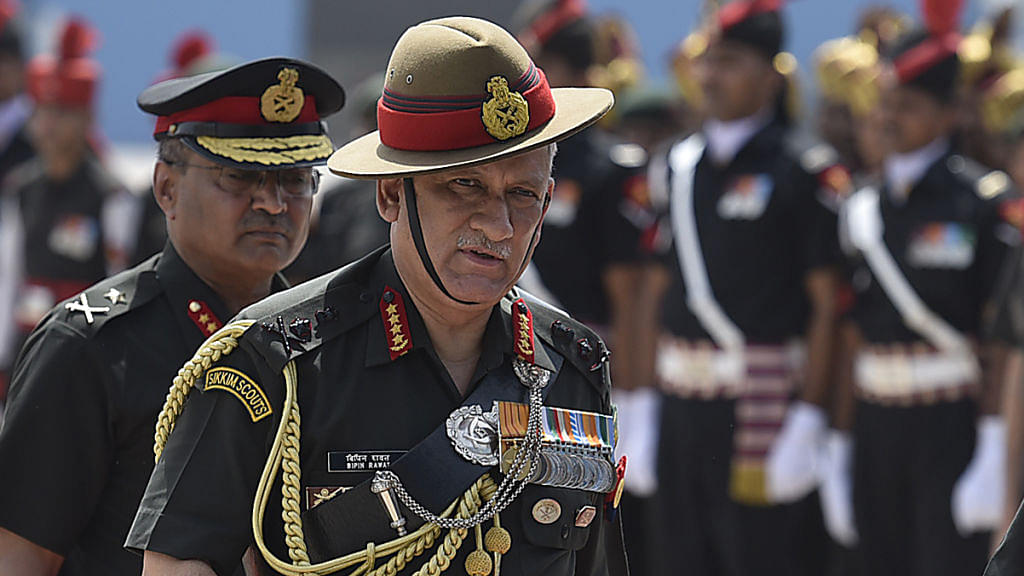 Army Chief General Bipin Rawat has said that China is attempting to "change the status quo" at its border with India, adding that incidents like the ongoing stand-off in the Doklam area are likely to "increase" in future.

In an event organised by the Department of Defence of Savitribai Phule Pune University, the Army Chief said, "The recent stand-off in the Doklam by (sic) the Chinese side attempting to change the status quo are issues that we need to be wary about, and I think such kind of incidents are likely to increase in the future."

General Rawat also said that transgressions across the Line of Actual Control do happen and they lead to some kind of misunderstanding between the forward troops. General Rawat further stated, "However, we do have joint mechanisms in place to address such situations."

He also said that during the flag meetings with the Chinese, the Indian Army keeps "insisting" that both sides should return to the pre-June 16 positions, which was before the stand-off began, but no resolution has been found yet.

"Now it is happening at the diplomatic and political level, as it needs to be resolved diplomatically and through political initiatives," General Rawat said.

The Army Chief also "warned" that the troops in other sectors should not be complacent, adding, "It is always better to be prepared than think that this will not happen again. So my message to troops is that do not let your guard down."

The Doklam stand-off emerged after the China's People's Liberation Army ( PLA) construction party attempted to build a road near the Doklam area.

Bhutan recognises Doklam as its area while China claims it as part of its Donglang region. Doka La is the Indian name for the region. (ANI)