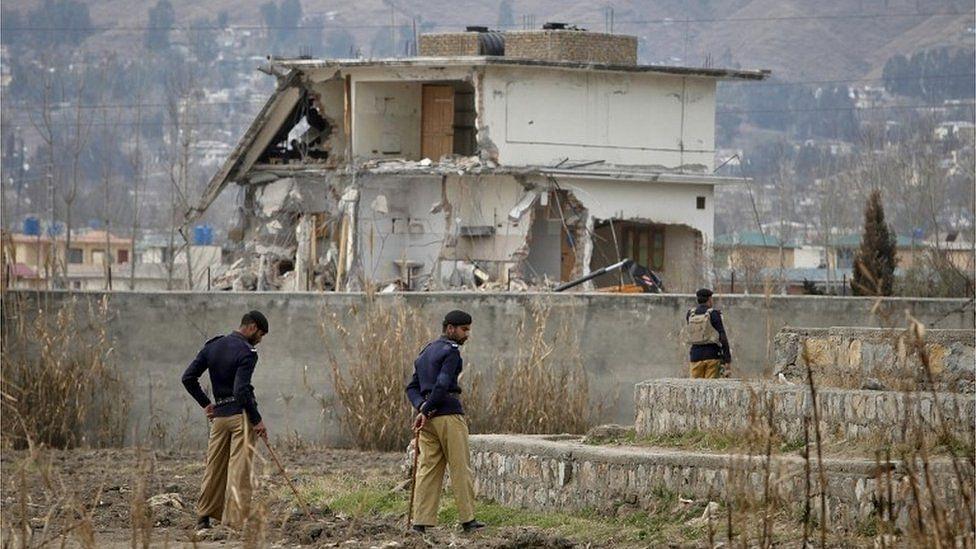 Bin Laden’s compound in 2012, before it was completely demolished.

The Central Intelligence Agency (CIA) on Wednesday released a vast archive of intimate Al-Qaeda documents, including Osama bin Laden's handwritten diary, seized in the deadly 2011 raid on his Pakistani compound.

CNN news quoted CIA Director Mike Pompeo as saying that the release "provides the opportunity for the American people to gain further insights into the plans and workings of this terrorist organization."

According to the Foundation for Defense of Democracies' Long War Journal, the release also contains other important items, including what it determined are the first-known adult images of Laden's son Hamza bin Laden and documents about al Qaeda's relationship with Iran and its role in the Iraqi insurgency.

Lawmakers on Capitol Hill have been pushing for the full release of the CIA's documents from the raid for months. In March, House Intelligence Committee Chairman Devin Nunes said the release of the documents was essential.

Some files have not yet been released. The CIA said that this includes material that is sensitive to national security - those protected by copyright; pornography; malware; and blank, corrupted and duplicate files.

Not all the material, however, was of a serious nature. There was a video known as "Charlie bit my finger!" depicting a boy and his baby brother who bit his finger. There also were YouTube videos about crochet, including "How to Crochet a Flower."

Laden's video collection included "Antz," a 1990s animated comedy about an ant colony, "Chicken Little" and "The Three Musketeers." Also in the collection were "Where in the World is Osama bin Laden" and several National Geographic programs: "Kung Fu Killers," ''Inside the Green Berets" and "World's Worst Venom."

It is the fourth tranche of materials taken from the walled compound where Laden and his family lived to be made public by the US government. (ANI)