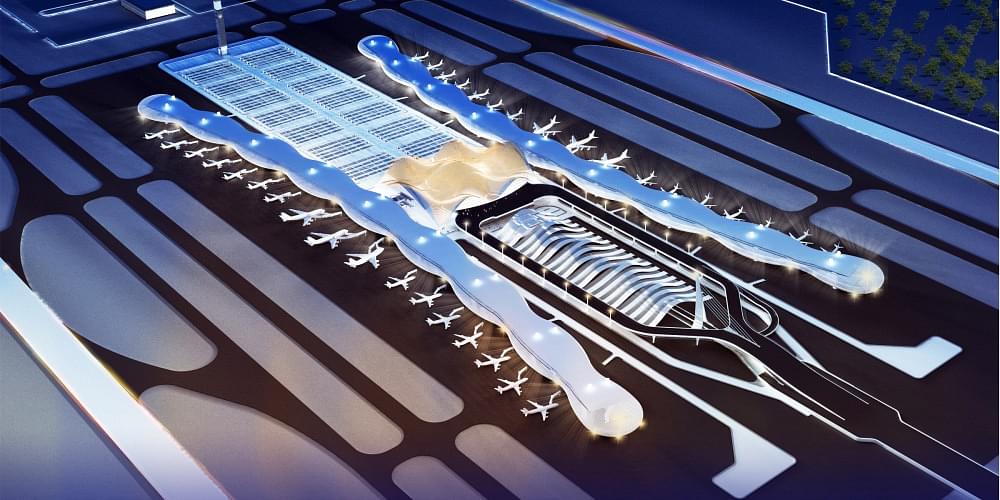 A rendering of the Navi Mumbai airport

The City and Industrial Development Corporation (CIDO) in Maharashtra is working overtime to ensure the completion of the upcoming Navi Mumbai International Airport (NMIA), reports The Times Of India. The speed of work over the next eight months will determine Chief Minister Devendra Fadnavis’ plans to have Mumbai’s second airport operational by 2019.

CIDCO’s current challenges included rehabilitation of project affected persons (PAPs), diverting the Ulwe river and flattening the Ulwe hill, all of which needs to be complete by this December in order to allow the GVK-led concessionaire to start work on the airport.

Around 40 per cent of the villages have been shifted and 36 per cent of the hill has been flattened. Work orders worth Rs 2,033 crores were issued exactly a year ago but progress has been slow due to monsoons and protests causing delays. While diversion of the river is on, it may not change its course before the next monsoon. The river will continue south-bound this year but by next monsoon is expected to travel westwards on a new 3 km-long course and empty into the Moha creek.

We have already undertaken the biggest blast, disgorging 41,000 cubic metres of rocky material 10 days ago. But now, it is time for bigger blasts. We have to blast, cut and level the hill at 5.5m and hand over the land by December-end. The daily blasting exercise ensures 1 lakh cubic metre is taken out.

As far as relocation of PAPs is concerned, CIDCO’s rental-rehabilitation scheme – where the corporation provides rent for 18 months to allow them to build a new house has seen only 40 per cent families opt-in since July 2016. The villages of Varshchaowle and Waghivali Wada have almost been relocated. These two are part of the ten villages that form the core airport area of 1,160 acres.

CIDCO plans to rehabilitate villages prior to monsoon in order to ensure that children going to school aren’t affected. Panchayat schools have been started in a few areas with a few villagers being given developed houses in lieu of their old houses.

The Government of Maharashtra wants at least on runway, measuring 3.7 km to be operational by December 2019 for the maiden flight.