Citizenship Is ‘Not’ A Birthright, And You Shall Not Have It, Believes US President 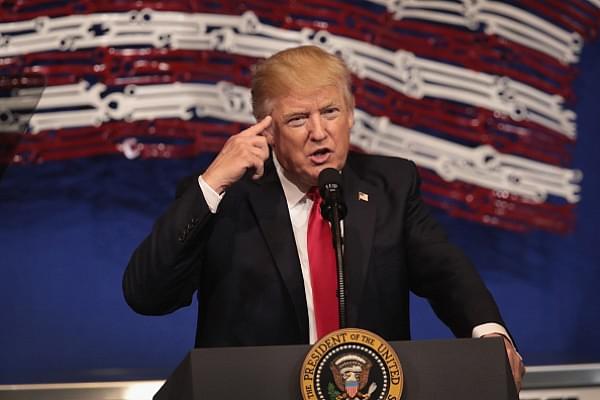 Intensifying his hardline stance on immigration, US President Donald Trump plans to sign an executive order to end birthright citizenship — the principle that every child born on US soil is automatically a native-born citizen, regardless of the immigration status of the parents.

Trump said in an exclusive interview for "Axios on HBO," (a new four-part documentary news series debuting on HBO in a few days) that he has run past the idea of ending birthright citizenship by his counsel and is planning to proceed with the executive order.

When asked about the likely legal challenge of such a move, Trump responded to the Axios reporter, Jonathan Swan, saying, "It was always told to me that you needed a constitutional amendment. Guess what? You don't."

Trump also added that “We're the only country in the world where a person comes in and has a baby, and the baby is essentially a citizen of the United States ... with all of those benefits," Trump continued. "It's ridiculous. It's ridiculous. And it has to end.”

The executive order, if passed, is sure to result in a protracted legal challenge. As per the 14th amendment of the US Constitution, "All persons born or naturalized in the United States, and subject to the jurisdiction thereof, are citizens of the United States and of the State wherein they reside."

US Supreme Court may have to decide whether to stick to the current interpretation of the 14th Amendment — which holds that children of non-citizens are in fact “born in the United States and subject to its laws,” and, therefore, citizens by right — or to specifically exempt children born to unauthorized immigrants.

Many influential Conservatives have argued that the 14th Amendment was only intended to provide citizenship to children born in the US to lawful permanent residents — not to unauthorised immigrants or those on temporary visas.