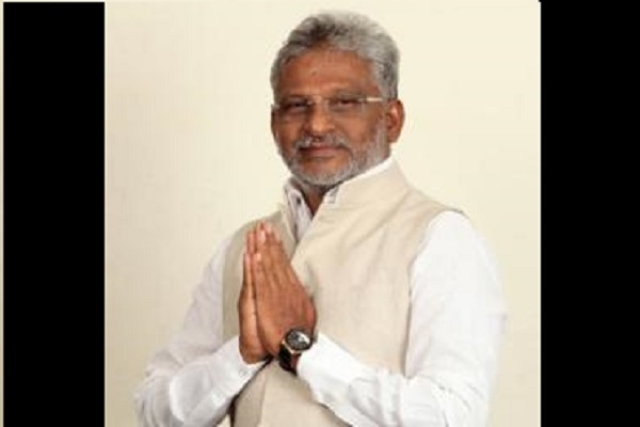 Even as the newly elected Andhra Chief Minister YS Jagan Mohan Reddy picked his uncle YV Subba Reddy, a former Ongole MP and senior YSRCP leader, for the post of chairman of the Tirumala Tirupati Devasthanam (TTD) board, speculations were rife in social media that the senior Andhra politician, like his nephew , was a devout Christian.

TTD chairman is a highly prestigious position as the appointee gets status of Cabinet rank in Andhra government along with other perks. The chariman also oversees a cash-rich Tirupati temple, which arguably is the richest Hindu temple in the world.

The newly appointed chairman Subba Reddy however rubbished allegations that he is a practicing Christian and claimed that was a devout Hindu.

“I am a 100 per cent Hindu and these allegations are very hurtful. They have definitely been done by people who want to malign my image. I have been a regular visitor to Sabarimala and have always followed Hindu rituals. Such rumours are uncalled for,” he stated.

"Every year, I go to Sabarimala and every few months, I go to Shirdi. Tell those who are spreading such news to visit my residences in Hyderabad or Ongole. Let them see what kind of rituals we do. There is no merit to that baseless rumour," he said, before pulling out a pendant of Sri Venkateswara and showing it to the camera.

"Jagan put in a request asking if I could serve as TTD Chairman for some days and later go to the Rajya Sabha as the elections were still some time away. I take this responsibility as my fortune. I am very fortunate to serve Sri Venkateswara and to ensure that all devotees who visit the holy shrine are able to get their 'darshan' smoothly," he added.

Chief minister Jaganmohan Reddy and his family practise Christianity. It is said that Reddy’s paternal family had adopted the religion decades ago. However, Subba Reddy, who belongs to Jaganmohan’s maternal side of the family, practices Hinduism.

Even the incumbent TTD chairman faced scrutiny over his religious beliefs. Putta Sudhakar Yadav, appointed by N Chandrababu Naidu’s Telugu Desam Party (TDP), had to publicly declare he was a Hindu after allegations emerged that he was a convert to Christianity after photographs of his participation in an evangelical event went viral on social media,

Following a huge backlash from local Hindu organisations, who not only alleged that there were several such non-Hindus holding critical position in TTD but demanded that they be dropped from service, TTD conducted an inquiry to identify the non-Hindus in the temple services.

In 2018, the TTD, decided to terminate the services of 45 non-Hindu employees who were on its payroll but assured that they will be relocated to other state government departments. However the Hyderabad High Court ordered the TTD against terminating Christian and Muslim employees on the ground that they were non-Hindus.

The court said that the employees could continue to work at the Hindu temple, until further orders.