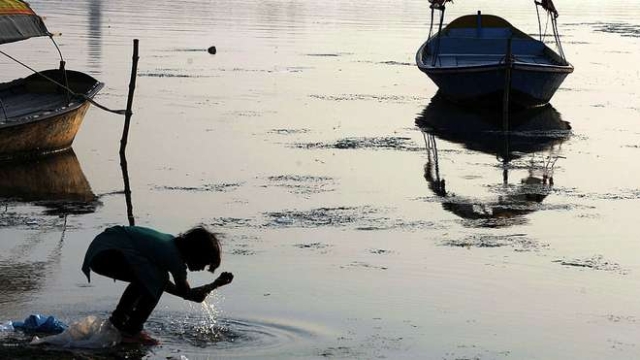 A girl washes her hands in the river Ganga. (DIPTENDU DUTTA/AFP/GettyImages)

Germany will provide a soft loan of 120 million Euros ( approximately Rs 990 crore) to clean up the river Ganga, Times of India has reported. These funds will be used to build sewage treatment plants and rehabilitation of existing waste-water systems.

Charge de Affairs, German Embassy in India Jasper Wieck said that the project would focus on extension and replacement of around 360 kilometres of a sewerage system. It would also include complete house connection to the network, construction of sewage treatment plants of 150 million litres per day capacity and 13 sewage pumping stations.

“We can only use our experience. It took us 30 years and 45 billion euros to clean the river Rhine. Length of Ganga is double its length, so this can give you an essence about problems India is facing in cleaning Ganga,” Wieck answered when asked about the exact role of Germany in the project.

German development agency GIZ has developed a ‘Ganga Box’ to educate school going children about the river Ganga. The German government had committed to provide aid, training and share best practices to clean up the river Ganga in 2015. This announcement is seen as a continuation of the same agenda.

Also Read: Is Modi Government Taking Too Long To Clean Ganga? Here’s How Much Time It Took Germany To Clean Rhine