Is Modi Government Taking Too Long To Clean Ganga? Here’s How Much Time It Took Germany To Clean Rhine 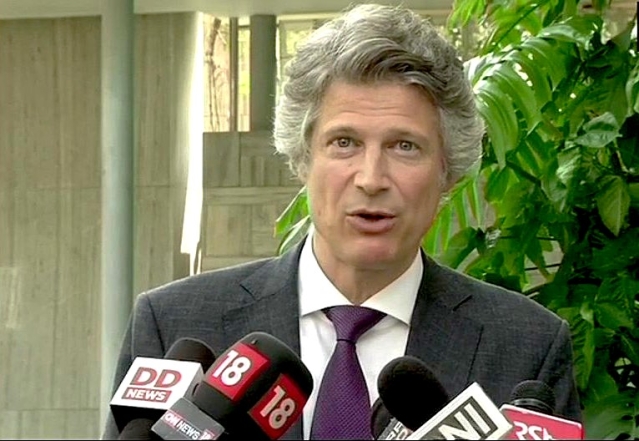 The Narendra Modi government is taking too long to clean the Ganga, a promise the Bharatiya Janata Party made in run up to the 2014 Lok Sabha elections, the critics of the Prime Minister often say.

According to Wieck, who is currently Chargé d’Affaires of the German Embassy in India, it took Germany 30 years and 45 billion euros to clean the river.

We can only use our experience, it took us 30 years&45 billion euros to clean Rhine river. Length of Ganga is double its length, so this can give you an essence about problems India is facing in cleaning Ganga: Dr Jasper Wieck, ChargÃ© dâAffaires of the German Embassy in India pic.twitter.com/hXHcWM2Dd4

Talking to ANI, the German envoy said that the problems the Indian government is facing in its Clean Ganga Mission can be gauged from the fact that the “length of Ganga is double its (Rhine’s) length (sic)”.

According to PTI, Germany has agreed to provide India a soft loan of around 1,000 crore ($120 million) for sewage water treatment infrastructure.

"The purpose of the project is to reduce the inflow of untreated waste water in River Ganga and, thus, to improve the water quality of the river," Wieck said.