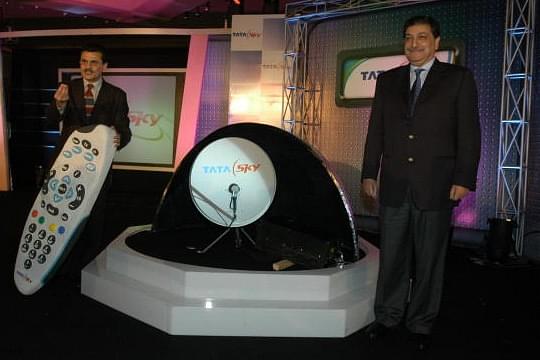 Direct-to-home (DTH) operator Tata Sky have said they are open to negotiations to offer customers the channels two days after having removed 32 channels of Sony Pictures Networks India (SPN) and three of TV Today Network due to pricing issues.

SPN’s three-year contract with Tata Sky had expired on 31 July, and the two have been negotiating a new pricing deal.

Tata Sky had asked for an extension so that the negotiations on the deal could come through, according to SPN president- distribution Rajesh Kaul. He also claimed that Tata Sky has gone ahead and switched off SPN’s 22 channels unilaterally, without even discussing with the company.

"In that sense, talks have failed, that is why they have switched off (our channels)," Kaul said, as reported by ET.

"We are completely open to that (negotiations). This is our business so we are open to any dialogue, any discussion which can lead to a settlement," he added.

Tata Sky chief executive officer and managing director Harit Nagpal also told PTI, "We hope to positively close negotiations and get all our subscribers their desired channels as soon as possible. The commercial negotiations with the broadcasters broke down as what they were seeking would have forced us to hike our prices," said Nagpal.

The biggest bone of contention, according to Kaul, is that Tata Sky has increased its subscriber base from 10 million to 16 million in two-three years and SPN has increased its bouquet of channels from 14 to 32.

"We are asking for an increase because of these two factors," he added.

As per regulator TRAI, the DTH giants and multi-system operators pay the broadcasters based on the number of subscribers they have, which means that the broadcaster cannot increase the rates.

Despite losing marquee properties like the Indian Premier League and Kapil Sharma show, Sony was expecting a much higher increase compared to what Tata Sky was willing to offer, in line with the channels’ viewership ratings, said Nagpal.

"About three weeks ago, during the negotiations, Sony published a disconnection notice applicable from 30 September midnight," he added.

Tata Sky said it has retained the channels with good viewership numbers, at a la carte rates and are paying a considerable premium (almost three times) to Sony as per their rate card versus contracted rates, in the interest of its subscribers.

Kaul, however, claimed that Tata Sky had signed an RIO (reference inter-connect offer) for the 10 channels and it could have done the same for the other 22 channels as well.