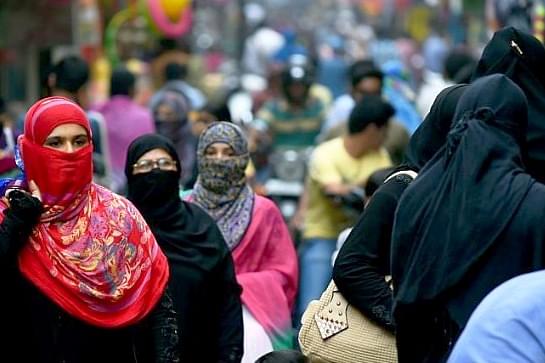 Muslim women are up against a very punishing patriarchy, it appears. (MONEY SHARMA/AFP/Getty Images)

In another case of conservatism and oppressive patriarchy, a Muslim clergyman has ordered that the community excommunicate a woman for raising her voice against regressive community practices like Triple Talaq and Nikah Halala.

A cleric at Bareilly’s Dargah Aala Hazrat seminary has decreed that the community should henceforth stop dining with woman’s rights activists Nida Khan, who is a victim of instant triple talaq. Khan has been since been fighting against her triple talaq and practices like Nikah Halala.

Nida Khan(triple talaq victim) has been ostracized from Islam because she has been regularly speaking against the religion and its practices. A fatwa has been issued against her: Khurshid Alam,Imam, Bareilly Jama Masjid pic.twitter.com/tx8JykhErr

Responding to a query, the cleric ruled that Nikah Halala, a practice where, if a woman wished to remarry her former husband, she must marry another man and consummate that marriage, before reuniting with her first husband, was sanctioned in the Quran. In the case of Nida, he ordered the community folk not to dine with her or even bury her in case she died, as she had become a ‘renegade’.

Nida was divorced by her husband Sheeran Raza by way of instant triple talaq in 2016. She, however, contested the divorce in a civil court, which declared the order invalid.

Nida had alleged that she was abused and assaulted by her husband owing to which she even suffered a miscarriage. As a result, she took it upon herself to fight for the rights of Muslim women.

Nida has, however, dismissed the fatwa as inconsequential as it is ‘invalid by law’.