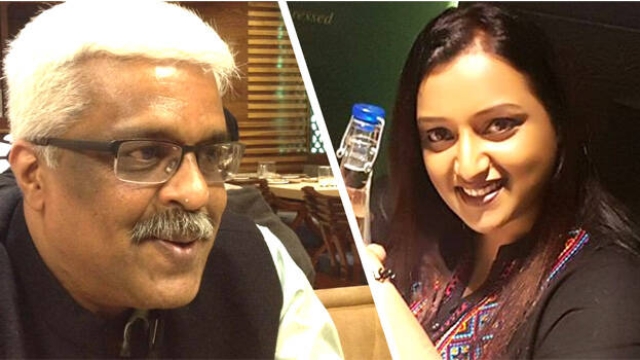 In a damage control move viewed as an attempt to contain the political fallout of the explosive gold smuggling case, M Sivasankar has been removed from the post of secretary to chief minister Pinarayi Vijayan.

Sivasankar, an influential bureaucrat who enjoys close proximity to CM Pinarayi Vijayan, will however continue as the secretary of the Electronics and Information Technology
department of the state that is directly controlled by CM.

Mir Mohammed Ali , currently serving as the director of Suchitwa Mission, has been assigned the additional charge of the secretary to chief minister.

The opposition parties in the state have alleged that key officials in the Chief Minister ‘s office were involved in shielding Swapna Suresh,who is the main accused in gold smuggling case.

Swapna Suresh, in tandem with another former PRO of the consulate, has been accused of attempting to smuggle 30 kg gold via a diplomatic consignment bound to the Thiruvananthapuram office of UAE Consulate General.

Swapna Suresh is said to have forged documents of the UAE Consulate to obtain diplomatic immunity to run her gold smuggling operations,

Swapna Suresh is currently working as a consultant to one of the offices under the Kerala government's Information Technology (IT) ministry. Sivasankar has been accused of facilitating her appointment as operations manager at the Space Park under the Kerala State IT Infrastructure Ltd (KSITI), which is under the IT Department of the state government.

According to a report in Manorama, Sivasankar was confirmed as a frequent visitor to Swapna Suresh’s Thiruvananthapuram flat by the officer-bearers of the residents association of the apartment building.

Sivasankar was embroiled in another controversy after Kerala Left Democratic Front (LDF) government signed a deal with a US firm to record data of Coronavirus (Covid-19) patients. Chief Minister Pinarayi Vijayan’s daughter’s name was also dragged in to the controversy. Sivasankar attempted to defend the CM by saying that he is responsible for signing a deal with US-based company Sprinklr. Sivasankar had earlier appeared in a promotional advertisement of Sprinklr about the services it offers to Kerala. The advertisement was removed from the company's website following the controversy.

It was only after custom officials identified Swapna's role as mastermind of the gold smuggling racket, the IT Department sacked her. Swapna is now absconding. The Customs officers raided her house in the capital for over two hours on Monday.