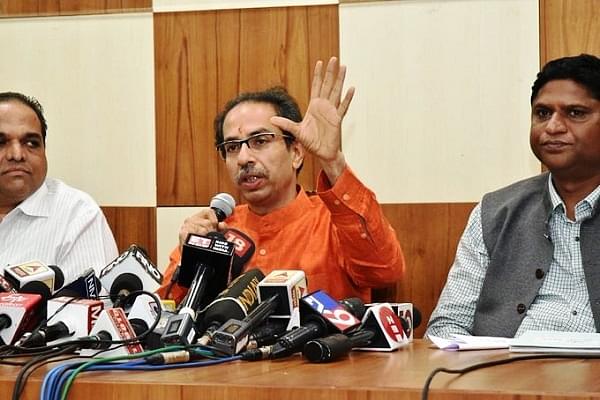 Chief Minister Uddhav Thackeray is likely to expand his cabinet by inducting new ministers on 30 December, according to a report in the Shiv Sena mouthpiece, 'Saamana' in Mumbai on Tuesday (24 December).

However, there is no official confirmation on this either from the state government or Raj Bhavan on this much-awaited exercise so far.

The Maha Vikas Aghadi government, which presently has a strength of six ministers - two each from Shiv Sena, Nationalist Congress Party (NCP) and Congress - plus, the CM, can have a maximum of 42 ministers.

There is still speculation on who will be the next Deputy CM, a crucial post which is expected to go to the NCP quota since Congress has got the post of the Speaker.

Though NCP sources indicate that the name of Ajit Pawar as the next Deputy CM is virtually considered final, the major issue for the Congress is how to adjust two heavyweight former CMs - Ashok Chavan and Prithviraj Chavan, befitting their stature.

Among the options are that some key ministries, presently held by the Sena-NCP, may be assigned to them in the reshuffle that will follow the cabinet expansion.

For Thackeray, it will be a tight balancing act, giving adequate numbers and allocating suitable portfolios to the three partners, plus representation to the five regions in the state besides accommodating women MLAs of different castes and minorities.

The 59-year old Thackeray has held a series of meetings with the Congress and the NCP in the past few weeks since the government was sworn-in on 28 November.

Late on Monday (23 December), he held another 90-minute long round of talks with NCP president Sharad Pawar, while top Congress leaders are currently holding talks in Mumbai and New Delhi for the cabinet expansion plans.

Since state Congress chief Balasaheb Thorat is now a cabinet minister, there are fresh predictions that Prithviraj Chavan could be the next party chief, but Congress circles are keeping mum on the issue, and say the party high command will take the final call.