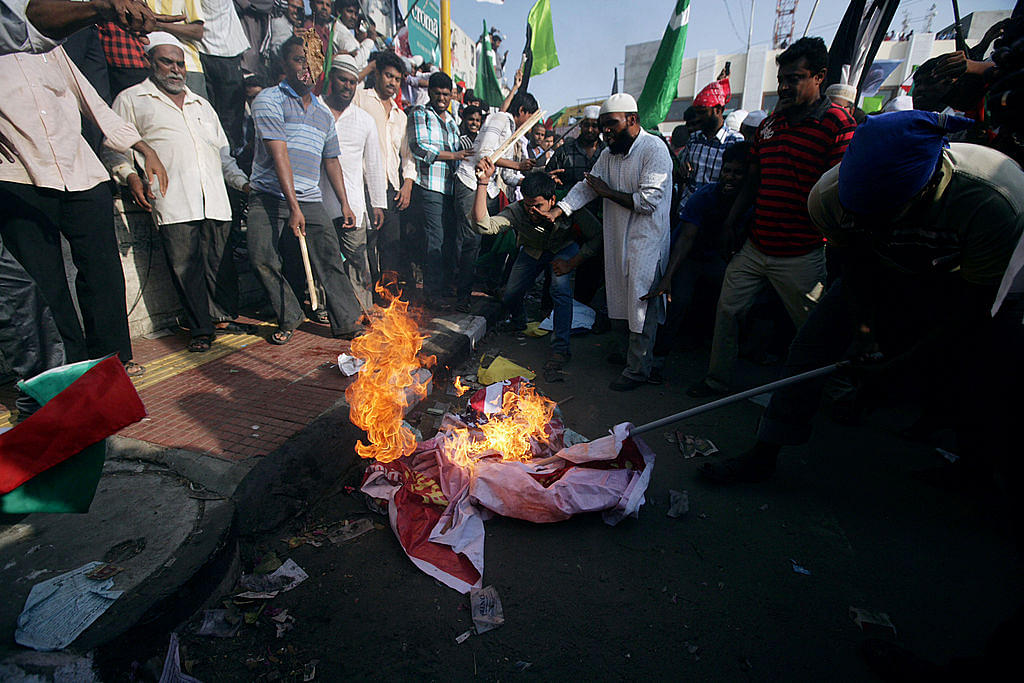 The city offices of radical Islamic organisation Wahdathe Islami Hind at Mannady and Vepery were searched by the investigating officers of NIA in connection with Easter Day blasts in Sri Lanka recently.

The News Today quoted sources with NIA as saying that “Raids began at 6 am at Lingi Chetty Street, Mannady. Following this, two persons, identified as Nizamudeen and Usman, who are said to be managing the centre, were taken in for investigation. Around the same time, NIA team also took into custody Sayyed Mohammed Buhari, the State head of the organisation. His office, which is in an apartment complex on Vepery-Poonamallee Road, was raided as well.”

The Uttar Pradesh based Wahdathe Islami Hind is believed to be the off-shoot of SIMI, a banned Islamist outfit. It has operations in Tamil Nadu and Kerala. The organisation registered itself as a social organisation in Saharanpur in Uttar Pradesh in 2006. It has an office in Madurai, that opened in March 2011. It conducts religious seminars and sessions on a regular basis in various parts of the state.

The Times of India reported that NIA also carried out raids today at the houses of two persons on an alleged link with Wahdathe Islami Hind outfit in Nagapattinam district and took two persons to the office of the Superintendent of Police (SP) in the district for further interrogation. The two individuals have been identified as Hassan Ali of Sikkal and Haris Mohammed of Manjakollai area in Nagapattinam.

NIA officers are investigating if this group is functioning as front for other banned Islamic organisations and if the operatives of the group were in touch with the perpetrators of Easter Day blast which killed 259 people and left 1,000 injured.

The NIA has busted an ISIS module in Coimbatore, Tamil Nadu, taking into custody six individuals who were propagating the group’s radical ideology on social media and arrested Mohammed Azharudheen was was said to be in touch with Zahran Hashim, who had masterminded the Easter bombings targeting Christian churches in Sri Lanka.

Investigations revealed that the terrorists involved in the Sri Lanka blasts have had connections with Kerala and Tamilnadu. They allegedly visited both States often and roamed freely.

Within days of Colombo terror attack, it emerged that the terrorists involved in the explosions in the island nation had links with IS sympathisers in Tamil Nadu.

Intelligence inputs about a possible terror attack in Sri Lanka that was shared by Indian agencies with their Sri Lankan counterparts earlier this month were based on the probe conducted by National Investigation Agency (NIA) into an ISIS-inspired module planning to assassinate prominent leaders in South India, including Hindu Makkal Katchi Thiru, Arjun Sampath and Sakthi Sena leader Anbu Mari.

All the seven members namely Ismail from Tindivanam, Salavudheen from Otteri, Jaffar Sadiq Ali from Vyasarpadi, Shamsudheen from Pallavaram, Ashik from Poomarket, Faizal from GM Nagar and Shahul Hameed aka Anwar were arrested and booked under Sections 143 and 120 B of the IPC and 15,16,18, 20 and 38 of the Unlawful Activities (Prevention) Act.

Last November, the case was subsequently taken over by the National Investigation Agency (NIA).

In December, NIA had raided three places in Coimbatore in connection with the plot to kill the Hindu leaders. Raids were conducted at the houses of three of those arrested.

During investigation, the NIA probe team had stumbled upon videos of National Thowheed Jamaat (NTJ) leader Zahran Hashim, who indicated a terror attack on the Indian High Commission in Colombo.