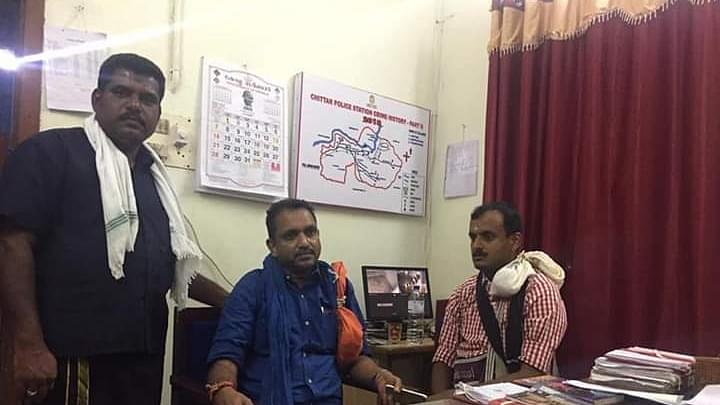 K Surendran, BJP Kerala General Secretary, who was taken into preventive custody as he tried to proceed to Sabarimala, was produced before a magistrate and remanded in 14-days judicial custody after being charged with non-bailable offences, reports The Hindu.

Surendran, on his pilgrimage to Lord Ayyappa Temple with ‘Irrumudikettu” (offerings for Lord Ayyappa), was taken into custody from Nilakkal on Saturday (16 November) night along with two others while on their way to the temple at Sabarimala.

Reports suggest that when Yatish Chandra, Superintendent of Police, asked him not to proceed towards Sabarimala, Surendran refused to obey his orders. He and his fellow travellers were then taken into preventive detention and brought to Chittar Police Station at night.

Surendran and his men have reportedly been charged under IPC 353 (Assault or criminal force to deter public servant from discharging his duty) as well as 34 IPC (acts done by several persons for furtherance of common intention). They were taken to Pathanamthitta district hospital early on Sunday (17 November) and then produced before the Pathanamthitta judicial First Class Magistrate at his residence.

The magistrate remanded them into 14-days judicial custody. However, Surendran alleged that he was manhandled by the police and was denied food, water and medicines.

He alleged that the arrests were politically motivated and slammed the communist state government for its excesses. Protesters gathered in large numbers in front of the Chittar Police Station soon after the BJP leader was arrested.

Thousands of BJP workers staged protests in front of the state secretariat at Thiruvananthapuram and across the state, including Kochi, Kottayam and Kannur against the police action.

The BJP is observing a “protest” day on Sunday (18 November) across Kerala.