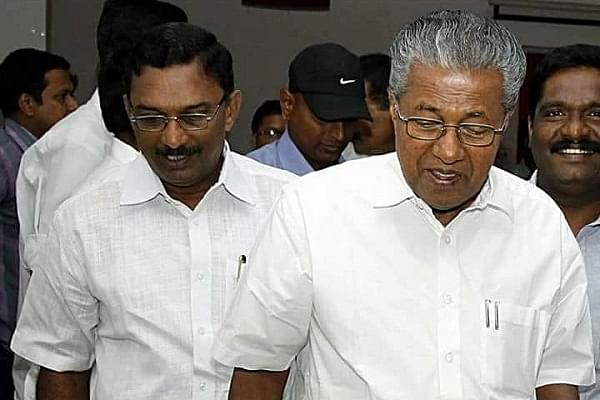 After the Communist government in Kerala was slammed by the Kerala High Court for its undue interference in the daily affairs of Sabarimala temple, the temple administrator Travancore Devaswom board Chairman A Padmakumar on Tuesday (6 November) assured that the government would stay away from the temple affairs, Mathrubhumi reported.

No one from outside would be allowed to interfere in Sabarimala rituals and customs, said the ex-CPM legislator. The Devaswom board manages the temple activities. Rituals starting from opening the ‘nada’ (Sanatorium door) till closing it with the song ‘Harivarasanam’, everything works by the ‘Padithala Vyavastha’(religious customs) he said.

Earlier on Monday (5 November) the High Court of Kerala had come down heavily on the LDF government’s undue interference in Sabarimala’s religious affairs and asked it restrict itself on providing appropriate security.

A Padmakumar, though a CPM nominee has been under criticism from the ruling party and Chief Minister Pinarayi Vijayan for siding with the devotee's cause and taking a stance that is not consistent with the party. Many senior CPM leaders also had alleged that A Padmakumar had vested political interests in the matter.