Communist Government The Guardian Of God? Devotees Plead For Entry In Sabarimala As Police Security Tightens 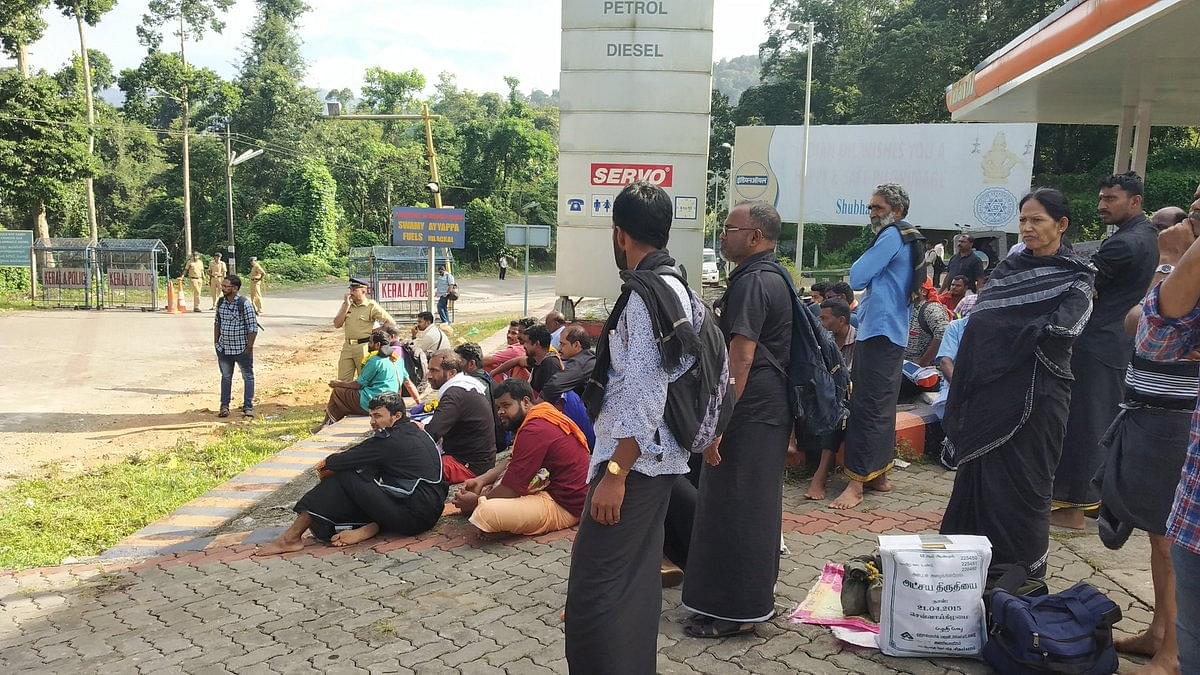 Devotees waiting at Nilakkal base camp for KSRTC buses, as police have blocked private vehicles from entering Pamba (Pic via Twitter)

Hours before Sabarimala opens for special pujas today, tension prevails on routes to the temple as police intensified surveillance on vehicles of devotees, reports Mathubhumi.

Hundreds of devotees who had arrived at Erumely (Kottayam District) since Sunday (4 November) started protesting for not being allowed to proceed towards Pampa and Sannidhanam.

Agitated devotees had a minor standoff with the police after which they started blocking roads. “ We have been waiting since yesterday (4 November) evening., we were told that we could move at 6 am in the morning, but now the police say that KSRTC buses would start on at 12 pm.”

“We have come here to offer prayers to Lord Ayyappa. Please allow us to go,” Mathrubhumi quoted a devotee.

The police as a part of its intensification of surveillance had banned private vehicles from entering Pampa. Pilgrims arriving in their vehicles would have to get down at Nilakkal and then take a KSRTC (state public transport) bus to Pamba (for about 20 km) and then start their trek to the hilltop.