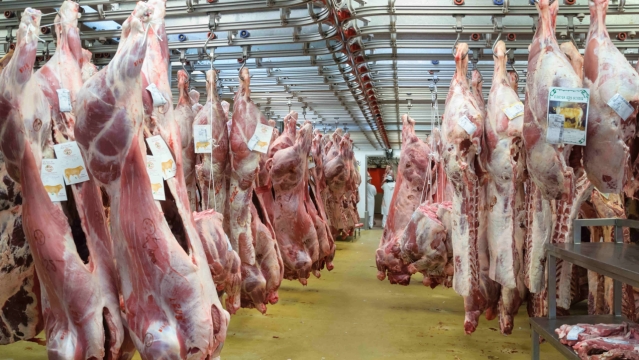 Communist-ruled Kerala has topped the list on cattle slaughter in 2015-16, while Nitish Kumar-led Bihar was in second position, leaving all others states far behind.

It could be noted that Bihar held top position in cattle slaughter back in 2009-10 with 5.25 lakh cattle slaughtered in the state, while in Kerala it was 4.98 lakh during the same period. The statistics show that Kerala's cattle slaughter figure has nearly tripled since 2009.

The newspaper report quoted a senior official of the Animal Husbandry Department as saying, “A major share of Kerala's population comprises meat eaters. Unlike other states, where cattle slaughter has dropped over the years, Kerala is free from any kind of taboo associated with consumption of cattle meat."

“There is a steady inflow of unproductive cows from neighbouring states like Tamil Nadu and Karnataka to Kerala,” the official added.

Animal Husbandry Department Director N N Sasi was quoted as saying that the statistics indicate a popular shift towards non-vegetarian food in the state. "There has also been a spurt in the number of non-vegetarian hotels for which the daily supply of meat has become essential."

According to the 19th livestock census, Kerala has one of the lowest livestock population for cattle and buffaloes. This underlines the fact that most of the cattle slaughtered in the state are being transported from other states.

Kerala, which accounts for 6.6 per cent of total meat production of the country, comes seventh in meat production. Over the past five years, Uttar Pradesh (UP) has consistently topped the slot, accounting for 20.2 per cent of the total production of meat. Figures show that while UP topped the 2015-16 slot for buffalo slaughter, Kerala has inched closer to Andhra Pradesh and Punjab that are behind UP in buffalo meat production. After Yogi Adityanath took the reins of UP, he ordered closure of illegal slaughter houses.