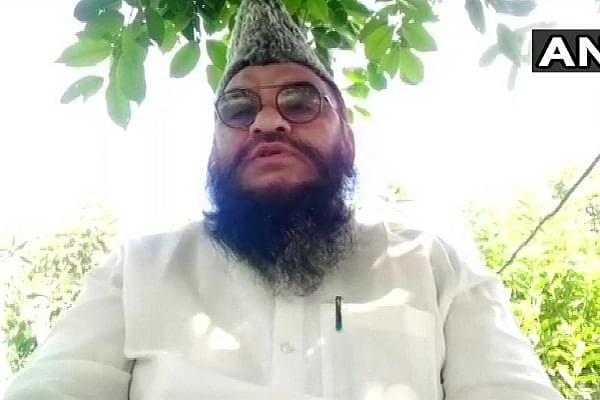 A complaint has been filed against Sajid Rashidi the president of All India Imam Association for making provocative statements against Hindus and his threat to demolish Ram Mandir.

BJP leader Tajinder Pal Bagga registered a complaint with the Delhi Police on Thursday (6 August) against the Islamic cleric Maulana Rashid for inciting communal hatred, ill-will and also for provoking mob violence and riots. He has also accused Rashidi of undermining the authority and the law laid down by the Supreme Court.

“As it clear from the statement of Sajid Rashidi that he is trying to undermine the 5-judge bench decision of the Supreme Court of India, and at the same time he is threatening to incite mob violence to commit any damage to the temple structure at Ayodhya,” the complaint stated.

It should be noted that earlier a day after Ram Mandir's Bhoomi Pujan, Rashidi the had said that a mosque will always be a mosque and a temple now maybe demolished to build one.

Islam says a mosque will always be a mosque. It can't be broken to build something else. We believe it was, and always will be a mosque. Mosque wasn't built after demolishing temple but now maybe temple will be demolished to build mosque: Sajid Rashidi, Pres, All India Imam Assn pic.twitter.com/DzlbYQ3qdm

Rashidi was quoted by ANI as saying that, "Islam says a mosque will always be a mosque. It can't be broken to build something else. We believe it was, and always will be a mosque. Mosque wasn't built after demolishing temple but now maybe temple will be demolished to build mosque".

This comment by Rashidi came on the heels of a similar threat by the All India Muslim Personal Law Board (AIMPLB) which invoked Hagia Sofia which was recently converted to a mosque in Turkey.

AIMPLB said that the Babri Masjid was and shall always remain a mosque, and also cast aspersions on the Supreme Court's unanimous verdict.