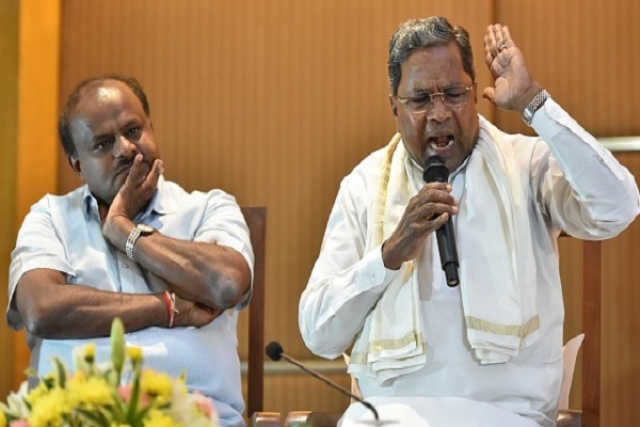 In a recent development, the Janata Dal (Secular) leadership dropped hints on Wednesday (26 December) at going solo in Karnataka in the upcoming 2019 Lok Sabha elections, reports The Economic Times. The party is reportedly aggrieved by Congress’ tendency to take unilateral decisions and asserting its dominance over the JDS.

JDS had also contested the state’s panchayat elections on its own. Although its national president H D Deve Gowda commented that the party had not taken a final decision yet, JDS spokesperson Ramesh Babu revealed that party leaders and workers were decidedly in favour of a ‘friendly fight’ with the Congress.

“I don’t want any such blame to rest on my shoulders. It also depends, however, on how respectfully the Congress will treat us,” Gowda stated.

The latest instance causing sourness in the two parties’ relations has been the Congress’ unilateral decision to declare appointees to state-run boards and corporations in Karnataka. The JDS is not happy because some of the entities technically come under JDS ministers’ portfolios. The Congress has also upset its ally by making its party member the political secretary to Chief Minister H D Kumaraswamy.

Gowda mentioned that he would soon meet with Congress President Rahul Gandhi to iron out their differences. Gandhi is currently occupied with allocating ministerial portfolios in Karnataka.

“We often see the Congress behaving like a big brother. So our party workers and leaders are of the opinion that we must contest in all 28 seats in the state,” announced JDS spokesperson Ramesh Babu.