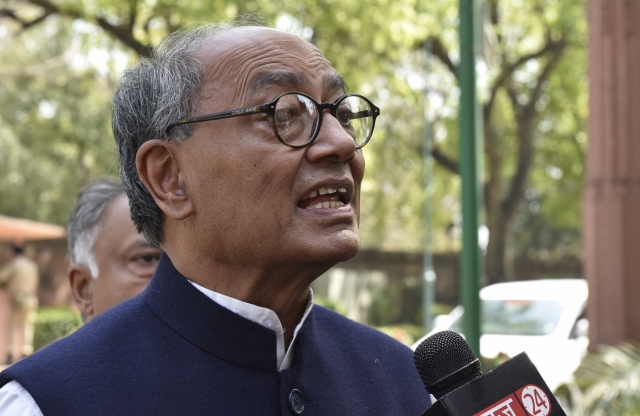 Congress leader and former Madhya Pradesh chief minister Digvijaya Singh is likely to be questioned by the Pune Police in connection with his alleged Maoist links. One of the letters, in Pune Police custody, reveals his connection with the banned CPI (Maoist).

In the letter, which was written on 25 September 2017, one ‘Com Prakash’ tells ‘Com Surendra’ that Congress leaders are “more than willing” to assist in the activities of the CPI (Maoist). There is a certain phone number which ‘Com Surendra’ can contact regarding any assistance. This phone number is apparently that of Digvijaya Singh, reports Indian Express.

Earlier this year, in June, Pune Police arrested five activists and claimed to have recovered several documents from them. One of them even included a plan to assassinate Prime Minister Narendra Modi.

The Pune Police confirmed that the phone number indeed belonged to Digvijaya Singh, but refrained from commenting on when the questioning will take place. So far, the police have booked 22 persons in the Maoist probe under Unlawful Activities Prevention Act (UAPA) and IPC.