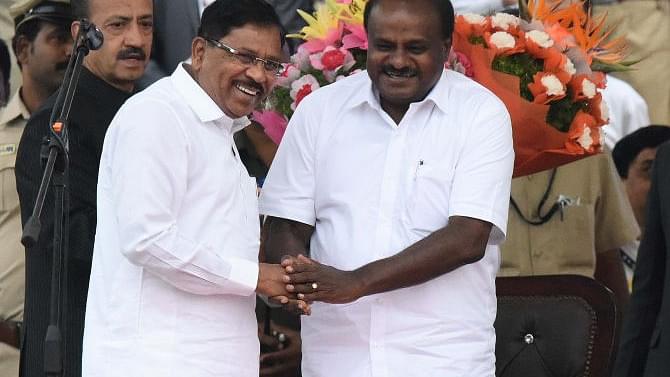 The state government claimed that the loss of revenue due to decline in crude oil prices in the international market in recent days.

According to a statement released on Friday by the Karnataka government, crude prices in the international market have been falling continuously, reducing the base price of the fuels and hitting revenues. As a consequence, the base price of petrol and diesel has come down substantially causing an adverse impact on the state revenue collection.

In July last year, Congress-JD(S) government decided to increase taxes on petrol from 30% to 32% and diesel from 19% to 21% to funds for it’s ambitious ₹45,000 crore farm loan waiver, but was forced to roll back taxes as it proved to be a major embarrassment to the Congress President Rahul Gandhi who was attacking the NDA government at the centre over fuel price hike.

On 5 October, the NDA government reduced central excise on petrol and diesel by ₹1.50 and directed oil marketing companies to cut their own margins by ₹1.

In 2017-18, states and Centre collected a massive Rs 5,53,017 crore from petro-fuels. The Centre collected the larger amount of Rs 3,43,862 crore and the states Rs 2,09,155 crore. However 42 percent of all taxes devolve to states, the final collections actually tilt in favour of states by a large margin. After devolution, states get Rs 3,53,577 crore and the Centre’s take is down to Rs 1,99,440 crore. This year should be no different, though both Centre and states have cut taxes, which may be reversed soon.