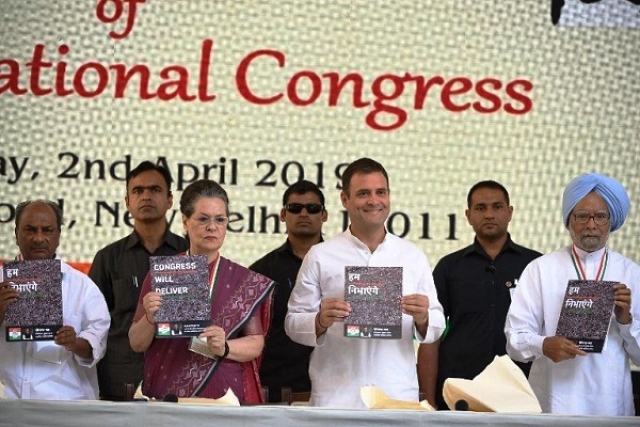 The Indian National Congress (INC) released it manifesto for the upcoming Lok Sabha Elections on a dedicated website today (2 April), but in an unexpected development, the website itself crashed after the document was uploaded.

The party blamed the problem on high traffic. The party’s official Twitter handle tweeted, “We're experiencing heavy traffic on our Manifesto website right now - we'll be back up soon.”

Although the issue of a temporary crash caused by a traffic hike may be explained away attributing it to technical unpreparedness, the contents of the party’s manifesto are likely to be the subject of much more heated debate.

The document reiterates Rahul Gandhi’s promise of a ‘Minimum Income Guarantee’ of 72 thousand rupees per annum for 20 per cent of the poorest in India under the ‘NYAY’ scheme. Already, the same promise has seen criticism from various quarters on the grounds of being poorly thought out and unworkable.

The party manifesto also promises to amend the Armed Forces (Special Powers) Act if the INC comes to power, a proposal which will be controversial at a time when security forces are fighting an intensifying insurgency with cross-border backing from Pakistan.

Another point raised in the manifesto is that if it comes to power, the party would dismantle the Niti Aayog and replace it with a ‘leaner’ Planning Commission. This poll promise may irk those reminded of the days of heavy government interventionism in the economy in India’s socialist era.